This 1-year-old Australian kid catches snakes like a boss

The boy hasn't been exposed to poisonous snakes but likes being surrounded by snakes. 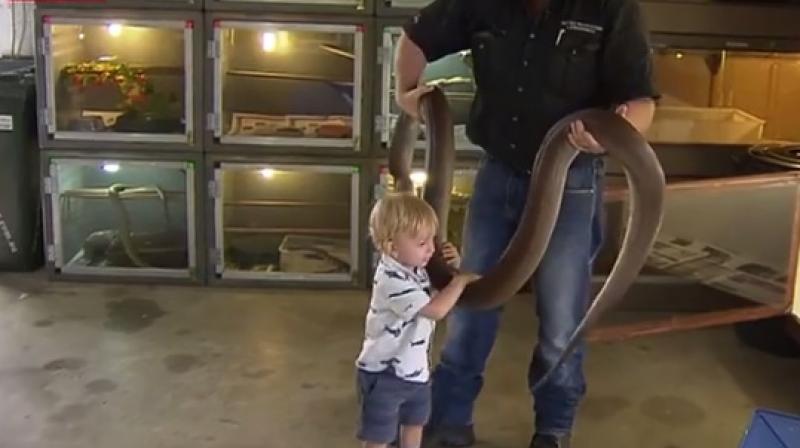 Jenson loves the idea of playing with reptiles (Photo: Facebook)

Daring or bizarre stunts in videos on the internet are commonly found on the social media, and travellers all over the globe at times get in trouble for their antics with animals.

A traveller was reportedly attacked by an alligator and a youth from Mumbai who kissed snakes also lost his life when the snake kissed back. Now a one-year-old child in Australia is making news for possibly being the world’s youngest snake catcher.

As other kids his age are happy with toys, Jenson Harris from Queensland is playing with snakes. His parents are both snake catchers and they say that although Jenson hasn’t been exposed poisonous snakes, he likes being surrounded by the serpents.

While the idea might seem like a cause of concern for many around the world in terms of safety, the kid’s father says he wants to teach his child that all life is precious.