US: Indian-American girl nominated for top award in arts

Shreya Bhadriraju has been nominated by The National YoungArts Foundation for exemplary artistic excellence. 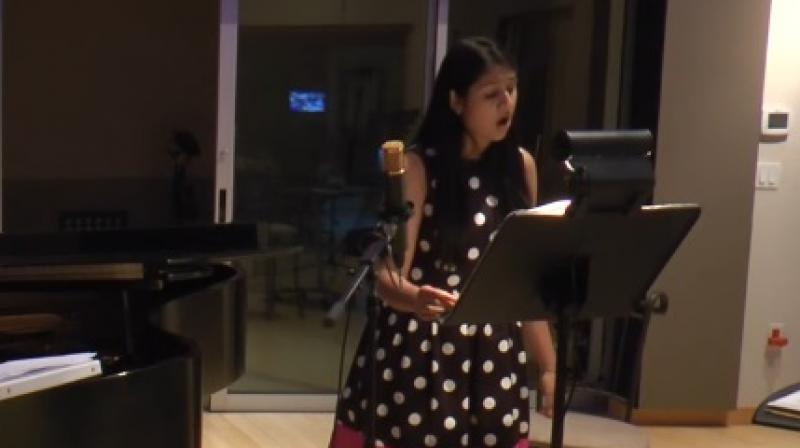 Houston: An Indian-American girl is among the 60 students in the US who have been nominated for the 2017 Presidential Scholars programme for exemplary academic and artistic excellence.

Shreya Bhadriraju, of Elkins High School in Missouri City, Texas,is among the Arts nominees announced by The National YoungArts Foundation on January 31 for the 2017 US Presidential Scholars.

"YoungArts is proud to be the nominating agency for this high honour and congratulates all of this year's nominees, their teachers and their parents," said YoungArts president and chief executive Carolina Garcia Jayaram in a statement.

"Each year, we are amazed by the artistry of the students who come through our programme, but this year raised the bar. The sheer talent and tenacity of the artists coming from all walks of life and every corner of the country was astounding. We celebrate their work and look forward to what they will do next," Jayaram added.

The students have been nominated to the US Presidential Scholars Programme for their artistic achievement on the heels of National YoungArts Week, which concluded in Miami January 15.

Following the nominations, the 60 candidates will be reviewed by the White House Commission on Presidential Scholars, which will ultimately select 20 high school seniors. These seniors will be recognised as US Presidential Scholars in the Arts for their academic and artistic accomplishments, leadership responsibilities, community service and outreach initiatives, and overall creativity.

In June, the 20 Arts Scholars will join the other 141 US Presidential Scholars from across the country in Washington for the National Recognition Programme.

During the programme, all Scholars receive a Presidential Medallion presented on behalf of the US President and participate in several recognition activities.