When asked if she would like to work with the 74-year-old star, Iulia said, 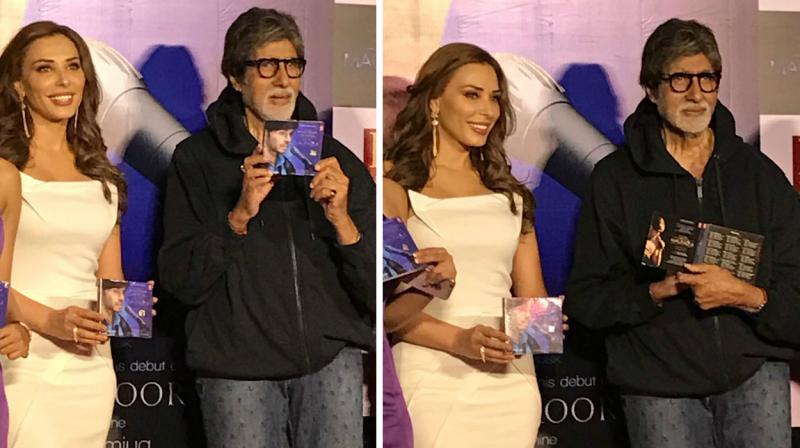 Mumbai: Romanian actress-model Iulia Vantur says Amitabh Bachchan is very popular in her home country and she is also a huge fan of the megastar.

Iulia, who has lent her voice to one of the songs from music composer Himesh Reshammiya's album 'Aap Se Mausiiquii,' was speaking at the album launch where Bachchan was the special guest.

"In Romania we know only two stars and Amitabh Bachchan is one of them. Everyone knows him including me for sure. It's a big honour to share same stage with sir," Iulia told reporters.

When asked if she would like to work with the 74-year-old star, Iulia said, "I think everyone wants to do that."

Bachchan jokingly replied saying, "Now I will have to play the role of a grandfather". The 'Pink' star also praised Iulia for her singing skills.

"She is so beautiful who wouldn't want to work with her...Even her voice is beautiful," he added.