Mother-of-three donates after being approached by an NGO for help. 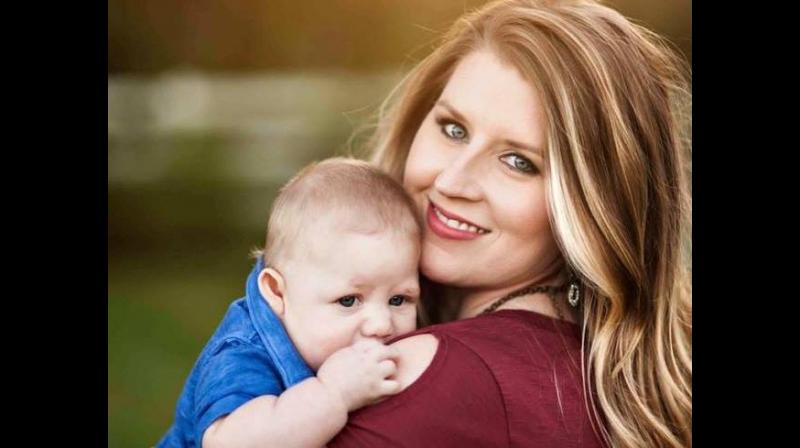 This donation is unlike any other.

A mother is being praised online for her unique donation to those affected by Hurricane Harvey.

She has donated 30 litres of breast milk to the affected.

Danielle Palmer, from Owensville, Missouri, was devastated watching the foods in Houston and wanted to find a way to help families who had lost everything in the aftermath of the destruction.

Talking to News 4, Palmer had said that she could not imaging being in a situation where one can lose everything and all she could do was sit and pray for the parents with children.

However, the mum-of-three finally had her chance to help the victims when she was approached by her son’s speech therapist, who is part of the organisation Guiding Star Missouri, to donate some of her extra breast milk.

Palmer’s youngest son was born with a congenital heart disease which made him unable to take his mother’s milk, which meant that most of the milk that Palmer pumped went straight into the freezer.

On being approached palmer gladly filled a cooler with almost 30 litres of milk that will go to mums who lost their frozen supply due to power cuts, whose pumps got lost in the flood waters, or who just aren’t able to produce right now.

According to Palmer, stress plays a big role in supply. If mums become stressed, their supply drop.

Palmer gave 1,040 ounces and with a baby usually consuming three ounces, it is almost equal to 345 feedings.

While some have voiced concerns over the safety of sharing breast milk, Palmer has been quick to explain that milk donated to bank is rigorously tested while the Centers for Disease Control (CDC) insist that human breast milk is not a body fluid that requires special handling precaution.