Salman Khan’s marriage has been a hot topic since ages now, but is it really for marriage or something else? 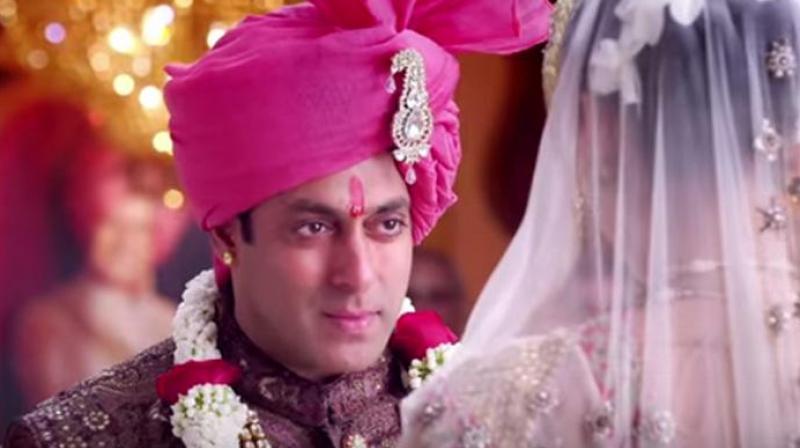 Salman Khan in a still from 'Prem Ratan Dhan Payo'.

Mumbai: Salman Khan’s marriage has been a hot topic since ages. The actor has openly confessed his love for kids, but marriage has not exactly crossed his mind or dropped off his tongue.

On this, his fans started pouring in congratulatory messages (because obviously all of us thought that finally Salman will get married), but the actor, after some time, confirmed that the search for girl was for his brother-in-law Aayush Sharma. No, no. Aayush isn't leaving Salman's sister Arpita Khan Sharma for another girl, but this girl is going to make her Bollywood debut with Aayush in 'Loveratri'. Salman tweeted, “Nothing to worry na @aaysharma ki film #Loveratri ke liye ladki mil gayi Warina, Toh dont worry na be happy na”. Here it is:

Warina, it looks like, is a graduate from New York Film Academy, and has been a part of Cabdury Dairy Milk Silk's advertisement. Here's her video:

Coming to relationships, Salman is reportedly dating Iulia Vantur, who was last seen in a music video with Maniesh Paul, which also reportedly got a headstart thanks to Salman Khan's recommendation.