Modi most followed Indian on Twitter with 37.5 million supporters

This is the first time ever, Kohli and Tendulkar made it to the list of top 10 most followed Indian accounts, Twitter said. 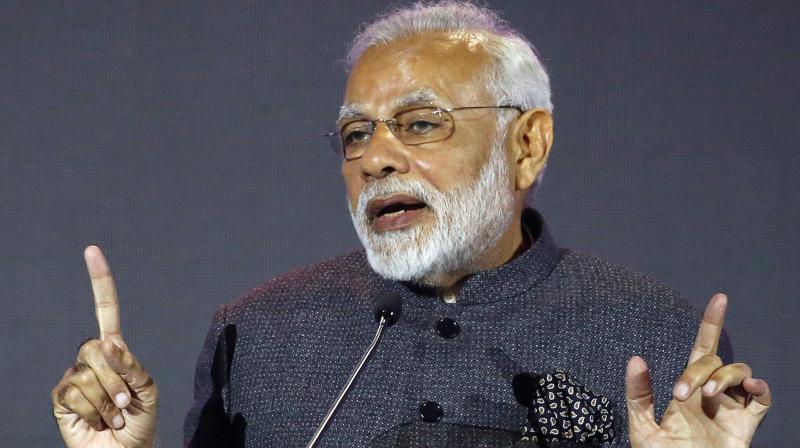 Modi continues to be the most followed Indian on Twitter. (Photo: PTI | file)

New Delhi: Prime Minister Narendra Modi continues to be the most followed Indian on Twitter even as the growth in his follower base at 52 per cent was lower than that of Indian cricket captain Virat Kohli, according to the microblogging site.

However, Kohli saw his followers grow by 61 per cent during the same period although on a smaller base.

Cricket legend, Sachin Tendulkar also saw a growth of 56 per cent in his follower base on Twitter in 2017.

This is the first time ever, Kohli and Tendulkar made it to the list of top 10 most followed Indian accounts, Twitter said.

The data showed that the ICC Champions Trophy 2017 Final clash between India and Pakistan was the most tweeted about ODI ever with 1.8 million tweets.

India's biggest tax reform, GST, also made it to the list of top trending hastags due to the magnitude of conversations it generated on the platform, Twitter said.

Besides, the Supreme Court decision on the controversial Triple Talaq issue made '#TripleTalaq' trend on Twitter on August 22, with more than 350,000 tweets.