Rakhi Sawant has finally confirmed her marriage. The controversy queen admitted to tying the knot with an NRI businessman. 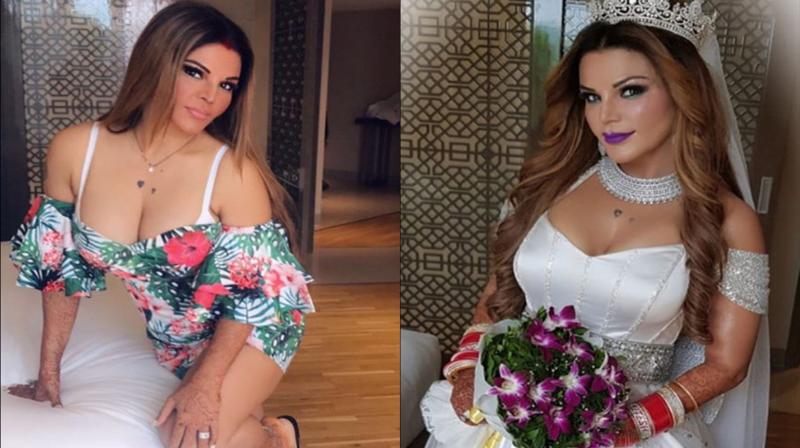 Mumbai: Rakhi Sawant has finally confirmed her marriage. The controversy queen admitted to tying the knot with an NRI businessman.

Her bridal photoshoot pictures had gone viral on the internet and fans started speculating about whether she got married or not. But now, after Rakhi's honeymoon pictures went viral on social media, the diva confirmed that she got married to an NRI.

Sharing details about her dear NRI husband, Rakhi quoted, "His name is Ritesh and he is in the UK. In fact, he has already left. My visa is underway and I will join him. Of course, I shall continue to work whatever I get in India, so will shuttle for that. I always wanted to produce TV shows and I think my long-standing dream will now be fulfilled. I thank Jesus for giving me such a wonderful husband."

"He was my fan ever since he first saw my first interview with Prabhu Chawla. He WhatsApped me. Messaging and then talking to him, we became friends with the passage of time. This happened about a year-and-half back," she added.

"After knowing him, I prayed very hard to Jesus that I must become his wife. Woh khawish toh poori ho gayi (That dream is now fulfilled). God has been kind to me so far," Rakhi concluded.