After Baahubali's mean Bhallaladeva, Rana to play softer character in next film 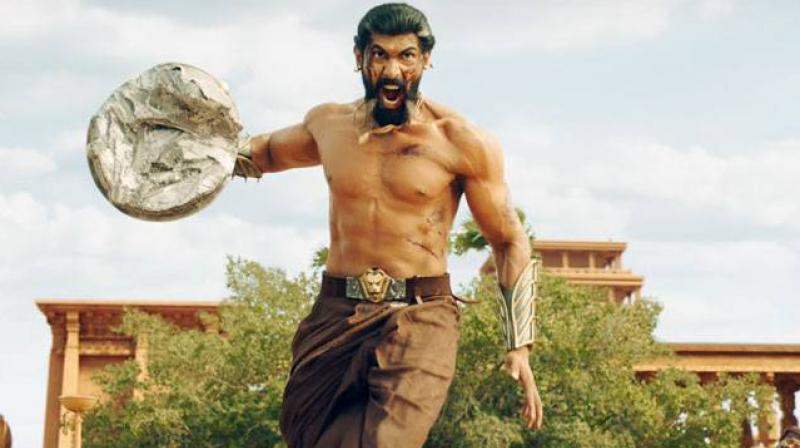 Rana Daggubati in a still from 'Baahubali: The Conclusion.'

Despite his shrewd moves to kill Baahubali in the film, there is no doubt that the actor deserves applause for his brilliant physique and action moves.

Rana, is however, all set to shed his mean avatar for his next film ‘Nene Raju Nene Mantri.’

While the film is set to be an action drama,  and we know how good he is in the genre, his character is a lot softer this time.

The actor shared on Twitter his first look from the film, in which he plays the character of Jogendra.

Rana himself has described Jogendra as ‘crazy.’

Another picture from the sets of the film, where he is sharing an intimate moment with his co-star Kajal Aggarwal shows that there is also a romantic side to his character.

The teaser of the film releases on June 6 and fans would definitely be keen to see him in his new avatar.