The actor shared a video on Twitter, a generic address in the wake of the immense umbrage after the incident. 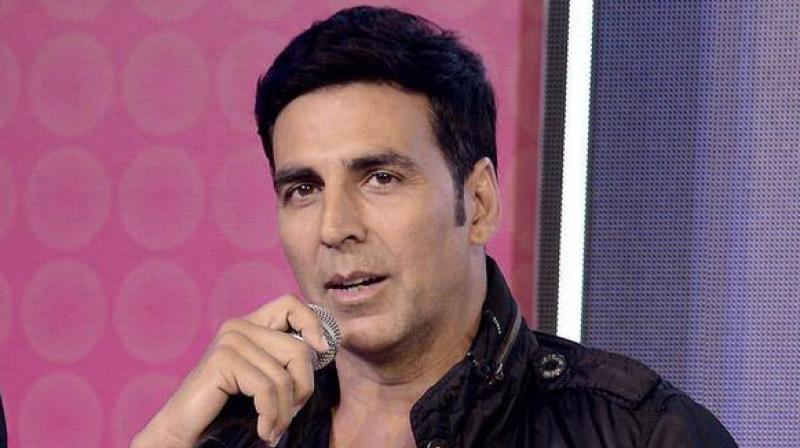 Mumbai: The molestation incident in Bengaluru on New Year's has shocked the nation, with several celebrities expressing their disgust and annoyance at the incident.

Akshay Kumar, amongst the most conscientious actors in Bollywood has reacted sharply to the ghastly molestation of women in Bengaluru on New Year's eve.

The actor shared a video on Twitter, a generic address to everyone in the wake of the immense umbrage after the incident got reported.

"The Bangalore incident makes me feel we are evolving backwards, from humans to animals, rather beasts because even animals are better! Truly shameful," he said.

Over 100 women were molested and harassed by drunken revelers in the IT capital of India, in the presence of police personnel, who were helplessly outnumbered.

"I am ashamed to be a human being today. I was returning from my New Year's vacation with my four-year-old daughter in my arms when I learnt about the molestation incident in Banglore. I don't know how did you all feel about it, but my blood started boiling.

"I am a daughter's father but even if I was not one, I feel if a society cannot respect its women, it doesn't deserve to be called a humane society. What's most disgusting is that people have the guts to justify such shameful acts by criticising women for their choice of clothes," an enraged Akshay blasted out.

The Karnataka home minister G Parameshwara as well as Samajwadi Party leader Abu Azmi had criticised the independence of women and their being dressed in revealing attires, citing those as a trigger for rampant molestation cases across the country.

He urged women to not be drubbed by such incidents and be fearless.

"Women should not consider themselves inferior to men... Just be fearless, be alert and learn self-defence," he concluded.

The Bangalore incident makes me feel we r evolving backwards,from humans to animals,rather beasts coz even animals are better!Truly shameful pic.twitter.com/FJwJ80Mkby