Catt Gallinger is sharing her story to warn others about the dangers of getting a tattoo. 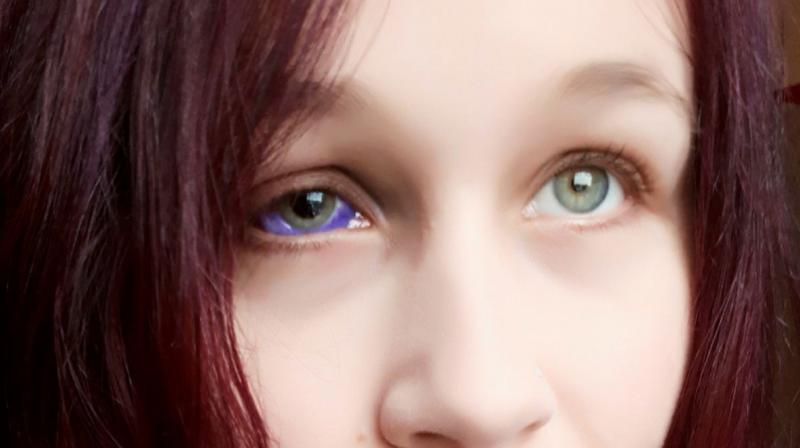 A woman is at risk of losing her eye after a botched tattoo job left her crying purple tears, the Metro reported.

Catt Gallinger’s boyfriend decided to give her the tattoo, but it soon didn't go as she had hoped and is now at risk of going blind.

After undergoing surgery, Gallinger, from Ottawa, Canada, took to Instagram to update her status on her condition.” If this doesn’t work, my cornea is way too thin and at high risk of rupturing. If it does rupture before, during or afterwards, I lose my eye,” she revealed in a post on the social media site.

She has also expressed getting the  tattoo was a "massive mistake" as it was so badly done that it looks like "she was crying purple tears from her sclera tattoo as residue escaped", the report stated.

Gallinger is sharing her story online because she wants to warn other about the dangers of getting a tattoo.  “This was caused by undiluted ink, over injection, not enough/smaller injections sights,” she is quoted as saying by the Metro.

Adding, "I am NOT sharing this with you to cause trouble, I am sharing this to warn you to research who you get your procedures by as well as how the procedure should be properly done."