He confirmed plans to write a book in his first year out of office. 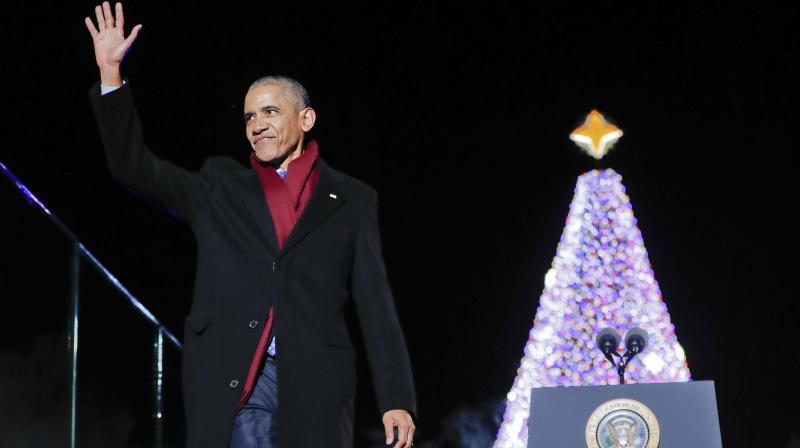 President Barack Obama waves after speaking during the lighting ceremony for the 2016 National Christmas Tree on the Ellipse near the White House. (Photo: AP)

Washington: US President Barack Obama’s frequent remarks on the spread of information in the social media age have fueled rumors about his life after the White House.

But his team quashed speculation Friday that he is going to launch a career in the media business.

“@POTUS is interested in the changing ways people consume info, but he has no plans to get into the media business after he leaves office,” White House Communications Director Jen Psaki said in a tweet, referring to Mr Obama by his Twitter handle.

It was apparently in response to an article on Friday on the Mic news site that the soon-to-be ex-president was considering working in digital media and “launching his own media company.”

Numerous times during the bitter campaign to pick his successor, Mr Obama expressed concern about how information is distributed and digested.

The current media ecosystem “means everything is true and nothing is true,” he told The New Yorker.

“The capacity to disseminate misinformation, wild conspiracy theories, to paint the opposition in wildly negative light without any rebuttal — that has accelerated in ways that much more sharply polarize the electorate and make it very difficult to have a common conversation.”

Asked by Rolling Stone about his transition out of the Oval Office, Mr Obama explained that he wanted to set up his presidential center to focus on training and empowering up and coming leaders. “How do we rethink our storytelling, the messaging and the use of technology and digital media, so that we can make a persuasive case across the country?” he asked rhetorically.

He confirmed plans to write a book in his first year out of office.