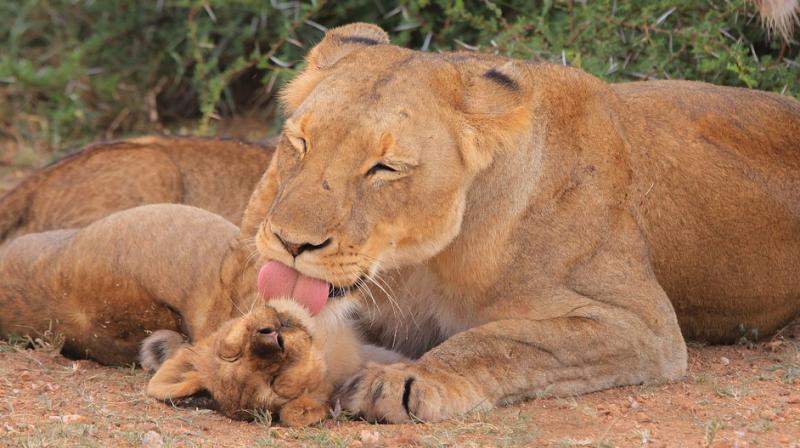 The success of the process could offer hope for saving species like the tiger and snow leopard, both of whom are threatened by extinction, say researchers. (Pixabay)

Scientists say that the birth of the world’s first test-tube lion cubs could mark an incredible breakthrough for saving highly endangered big cats.

The news follows a lioness giving birth to two cubs in South Africa, a male and a female, created through artificial insemination.

The success of the process could offer hope for saving species like the tiger and snow leopard, both of whom are threatened by extinction, say researchers.

The pioneering research was carried out by a team of experts at the University of Pretoria, who conducted the in-vitro fertilisation (IVF) for big cats.

They harvested the sperm of a male lion, which was placed inside the lioness and she gave birth to two healthy cubs three and a half months later.

Both cubs, who were born at the Ukutulu Game Reserve and Conservation Centre, have been given a clean bill of health.

According to Professor Andre Ganswindt of the University of Pretoria Mammal Research Institute said, loss of habitat and other pressures created by human activities have severely affected big cats.

The South African study examined artificial insemination protocols for the female African lion, but the research could be used as a baseline for other endangered large wild feline species as well.

The project's main researcher Dr Isabel Callealta said, 'The next step is to continue looking for the right protocols for the large feline species which is good news for endangered big cats.”

She further added, “This was a world first for lions and now we start a journey and the idea is to improve or knowledge and understanding of the big cats and move the research quickly forward.”

There are thought to be less than 4,000 tigers left in the wild in Asia and less than 7,000 snow leopards in the mountains of Central Asia and as few as 300 Iberian Lynx in Spain.

In Africa there are 18,000 lions left in the wild thanks to successful conservation and breeding.