Queen Elizabeth II is "delighted" about the news. 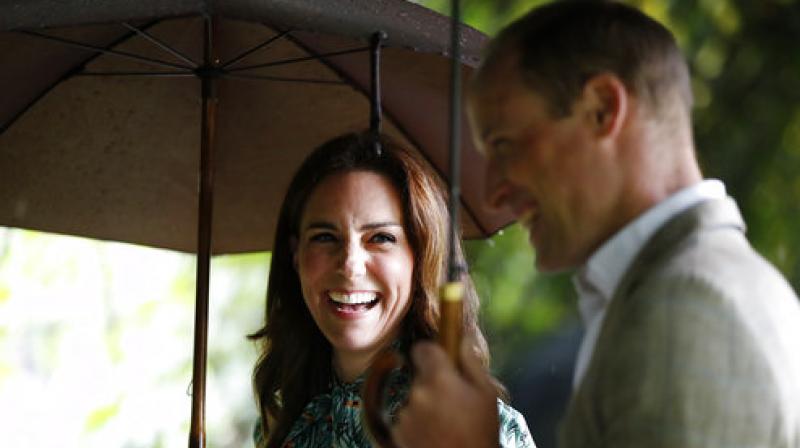 In this Wednesday, Aug. 30, 2017 file photo Britain's Prince William and his wife Kate, Duchess of Cambridge smile as they walk through the memorial garden in Kensington Palace, London

Prince William and his wife Kate are expecting their third child, Kensington Palace announced on Monday, adding that Queen Elizabeth II was "delighted".

In a statement, the palace said that 35-year-old Kate was suffering from hyperemesis gravidarum, a severe form of morning sickness which also marked her previous pregnancies, and would not attend a planned event later Monday.

William and Kate are already parent to Prince George and Princess Charlotte.
“As with her previous two pregnancies, The Duchess is suffering from Hyperemesis Gravidarum. Her Royal Highness will no longer carry out her planned engagement at the Hornsey Road Children’s Centre in London today,” the statement said.

“The Duchess is being cared for at Kensington Palace.”