Amreen Bano, 24, has accused her husband of constant physical violence and said she was beaten and tortured. 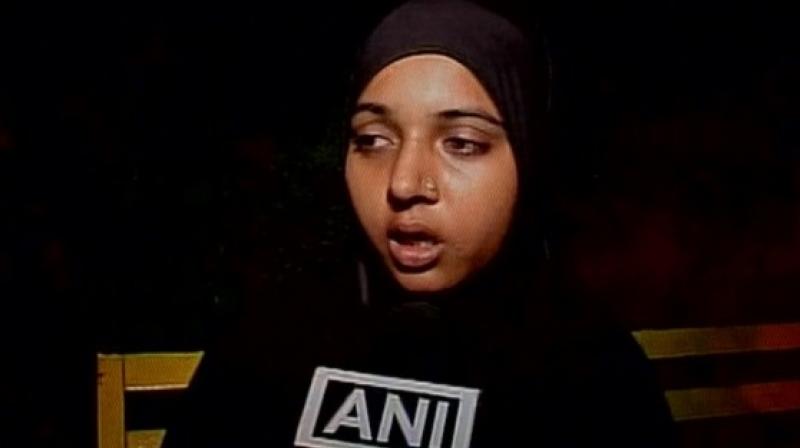 The UP police has reportedly assured Amreen that they would take action under the law. (Photo: ANI/Twitter)

Meerut: With a present debate raging on triple talaq, a woman in Uttar Pradesh has turned the tables when she declared the three words to her abusive husband.

Amreen Bano, 24, has also accused her husband of constant physical violence and said she was beaten and tortured, following which she suffered a miscarriage.

Amreen, along with her 22-year-old sister Farheen, were married to two brothers from a neighbouring village in 2012. Both sisters allege they were beaten and abused by their respective husbands, Sabir and Shakir.

In September last year, Amreen's younger sister was given a 'triple talaq' divorce by her husband, apparently over a minor fight, following which both sisters moved to their parents' home.

Yesterday, the sisters met with a senior police officer alleging that no action had been taken by the local police even after their complaint.

Both sisters were allegedly thrown out of their homes in 2015 but were taken back later. They allege the police failed to act on FIRs they had filed against their husbands.

The UP police has reportedly assured Amreen that they would take action under the law.