Hawking claims that time is running out for the Earth and humanity will need to leave the planet for its survival. 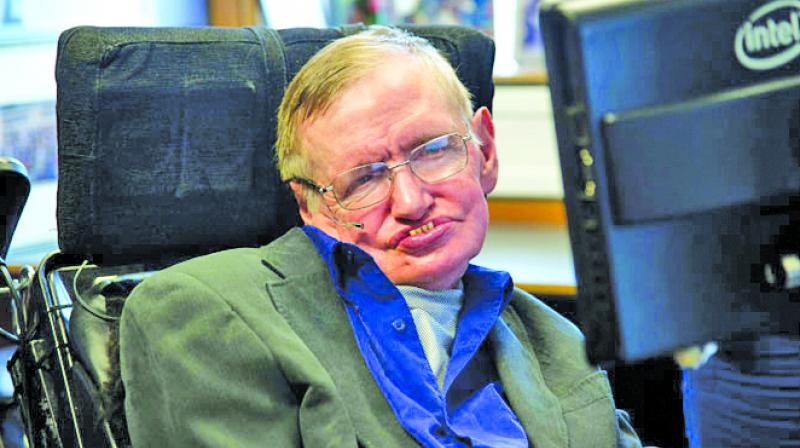 London: Humans will need to colonise another planet within the next 100 years to survive climate change, asteroid strikes and overpopulation, according to renowned British physicist Stephen Hawking.

In a documentary, Expedition New Earth —part of the BBC’s new science season Tomorrow’s World — Hawking and his former student Christophe Galfard will travel the world to find out how humans could survive in outer space.

In the series, Hawking claims that time is running out for the Earth and humanity will need to leave the planet for its survival. 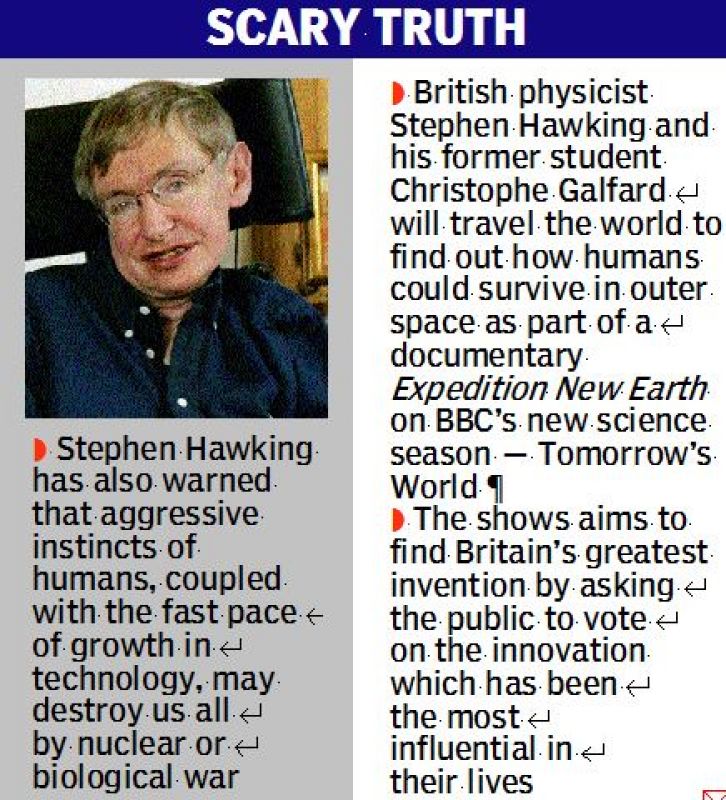 The shows aims to find Britain’s greatest invention, by asking the public to vote on the innovation which has been the most influential in their lives, The Telegraph reported.

Last month, Hawking had warned that the aggressive instincts of humans, coupled with the fast pace of growth in technology may destroy us all by nuclear or biological war, adding that only a ‘world government’ may prevent this impending doom.

Hawking had said that humans may lack the skills as a species to stay alive. In a recent speech at Oxford University, where he told fellow space boffins: “We must also continue to go into space for the future of humanity. “I don’t think we will survive another 1,000 without escaping beyond our fragile planet.”