Woman stops blades of fan with tongue in viral video

She held a fan each in both hands and stopped blades at full speed with her tongue. 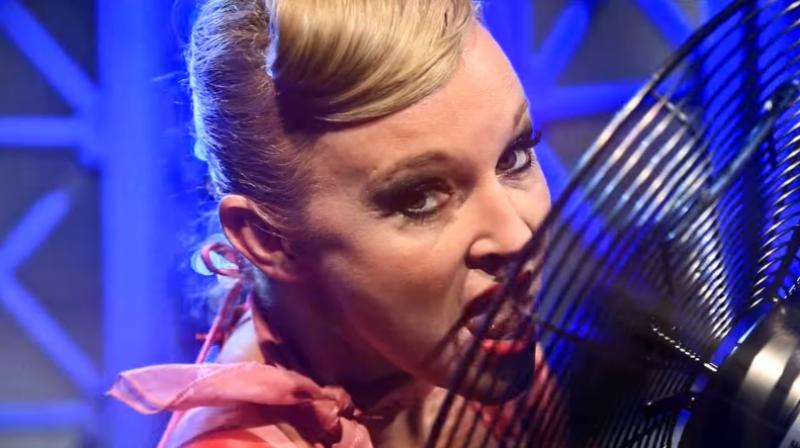 Bizarre stunts are not a new thing to appear on the internet especially after social media which has provided online daredevils to showcase their talents. From dipping a biscuit in tea while bungee jumping to hugging most people in a minute, people often use their astonishing talents to set records.

If pulling vehicles with teeth wasn’t enough, a woman from Australia has stunned people with how strong her tongue is. Zoe Ellis can be seen stopping the blades of a fan with her tongue in a video which has gone viral.

She held two fans and stopped blades at full speed with her tongue. Ellis also has a record for releasing most mouse traps with her tongue in a minute.