Johri is posted at the State Police Housing Coporation in Gandhinagar and now has been appointed as the DGP of Gujarat. 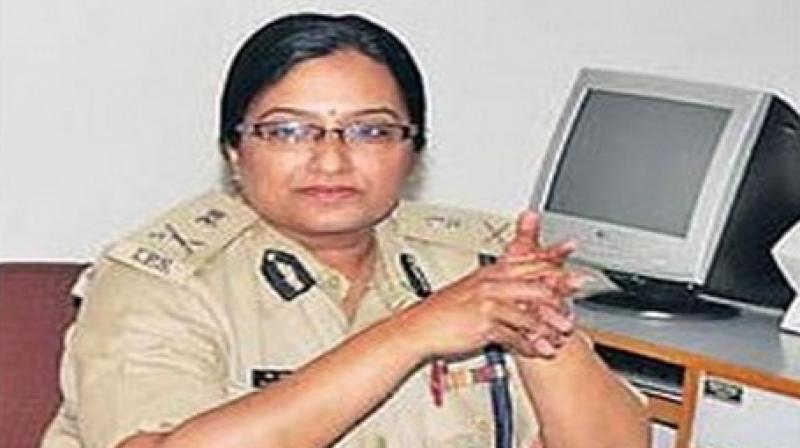 Gujarat: A 1982 batch Indian Police Service (IPS) Geetha Johri has been appointed as the first woman Director General of Police (DGP) of Gujarat on Tuesday, replacing PP Pandey, who resigned.

According to rules, the state government forms a panel of four IPS officers from which one has to be selected for the top post.

Johri is posted at the State Police Housing Coporation in Gandhinagar and now has been appointed as the DGP of Gujarat.

Johri is the one who has been accused in the Sohrabuddin - Tulsiram Prajapati fake encounter case. However, the special CBI court discharged her from the case in March 2015, as the prosecution failed to obtain sanction for her prosecution from the state government.

In regards with Pandey's resignation, a bench of the Supreme Court headed by Chief Justice of India Jagdish Singh Khehar passed the order that it would order his removal unless he has offered to quit, after it was informed by Additional Solicitor General (ASG) Tushar Mehta, that the top cop had written a letter expressing his wish to quit.

While passing the order the bench also disposed a plea filed by former DGP Julio Ribeiro, in which Pandey's appointment and extension as DGP and Inspector General of Police (IGP) were challenged.

Ex-DGP P.P. Pandey was at the helm of the state crime unit when Ishrat, a 19-year-old girl based in Mumbai, Javed Shaikh alias Pranesh Pillai, Amjadali Akbarali Rana and Zeeshan Johar were killed in an alleged encounter with the police on the outskirts of Ahmedabad on June 15, 2004.

A High Court constituted Special Investigative Team (SIT) had concluded that it was a fake encounter, after which the court transferred the case to the Central Bureau of Investigation (CBI).

Pandey was reinstated into service in February 2015 and appointed the Director of the state's Anti Corruption Bureau after he was released on bail.

Pandey was appointed the in-charge DGP of Gujarat on April 16 last year.