Screenshot of text messages from the man were circulated online on Facebook, showing racist remarks. 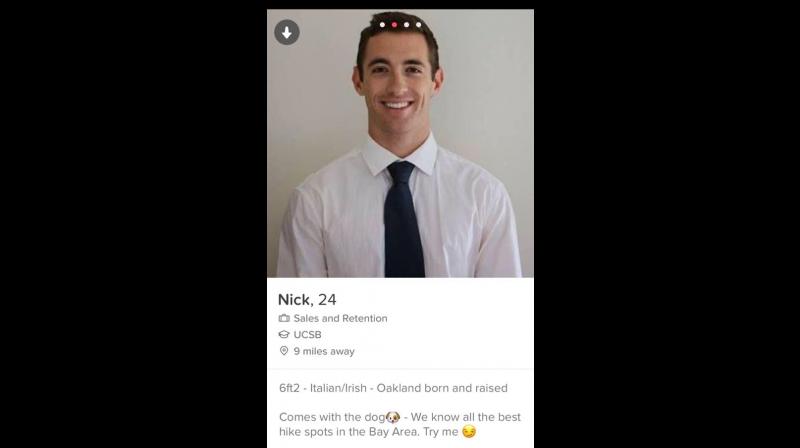 In repsonse to the man's act of racially abusing an Asian woman Tinder banned him for life. (Photo: Kevin Tran/ Facebook)

Tinder has publicly banned a man for life from using the dating app post his racist and sexist message to a match who didn’t reply him.

Screenshot of text messages from the man were circulated online on Facebook, showing racist remark, “Next time don’t give out you number dumb c**t,” he made to an Asian woman on the dating app after the she stopped responding him.

In response to his act, Tinder posted an open letter addressed to the man and “anyone who behave like you,” announcing it had banned him for life.

In the letter, Tinder Vice –President Rosette Pambakian, wrote“Hey Nick, we are swiping off you off the island.”

She added: “I was personally offended by what you said. Your words to that woman were an assault, not only on her, but on all of us. Every day, we work to rid our ecosystem of bad actors like you. Why anyone would choose to go out into the world and spread hate I will never understand, but you do not have that choice on Tinder. Hate is not an option and we will continue to fight it wherever it rears its ugly head.

“You have a lot to learn, Nick. I see that you studied global business, and that you joined your school’s programs for young entrepreneurs and technology management. Great choices. Because you’ll need to search far and wide to find an organization that will employ you now. Not sure if you’ve heard, but more and more women are becoming successful entrepreneurs and business leaders. Clearly, you haven’t been paying attention. Women’s voices are only getting louder. So let me say this loud and clear: you and your kind are not welcome in our world.

“And we have the power to keep you out of it.”