With UNICEF association, the 36-year-old has tried to make a difference on a global scale. 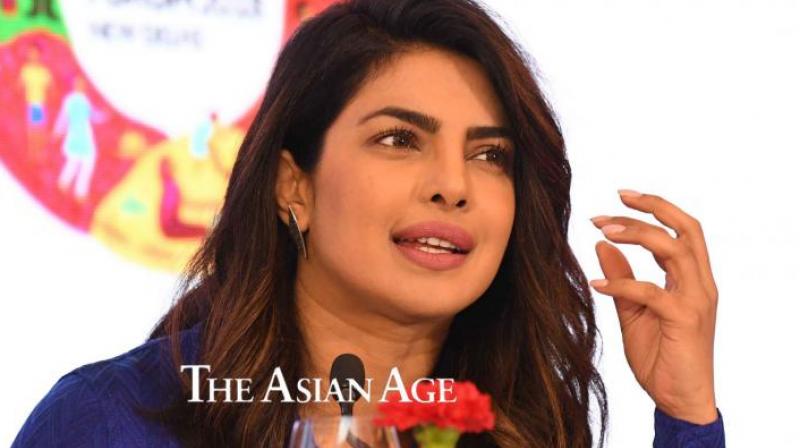 Mumbai: For more than a decade, Priyanka Chopra has been actively working as a Goodwill Ambassador of United Nations International Children's Emergency Fund (UNICEF).

Having campaigned for the international body in India for nearly 10 years, the 36-year-old was appointed as its global Goodwill Ambassador in December 2016.

From visiting Mumbai slums to travelling to Jordan to help the children affected by Syria crisis, to visiting Zimbabwe and South Africa to end violence against children, the 'Baywatch' star has tried to make a difference on a global scale.

"I realised I had a position of power, and I could associate myself with causes I really believed in," Priyanka told People magazine.

She further said that the field trips are the "most special" as she gets to meet "incredible kids and survivors."

"That has been one of my joyous moments, being able to help advocate children's rights and children's welfare around the world. That moved me so much in being able to go to places where these kids have no voice or no one listening to them, and actually shedding light on that," added the 'Quantico' star.

Speaking about one change, which the meeting with children has brought about in her personality, Priyanka said she definitely does not take her privileges for granted.

"It makes you feel so small as a person. And it makes you feel like the life we lived are so self-centred. We take so much for granted. It really is a way of coming back into reality and seeing the world for what it is," she said.