Woman and her ‘misbehaving cat’ raise $20,000 for Harvey victims 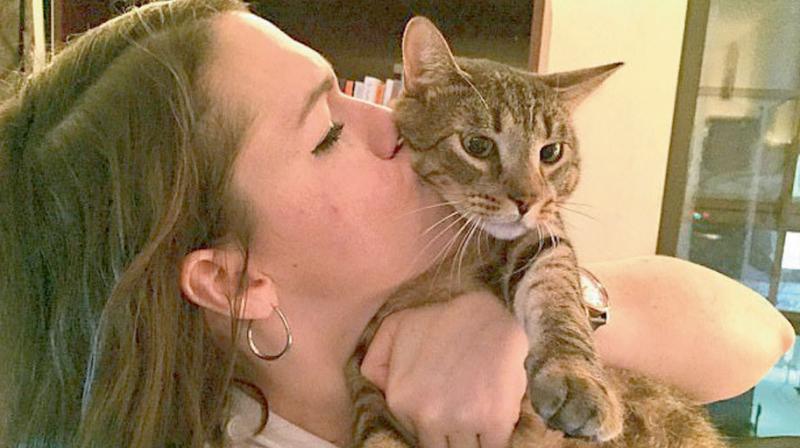 Rachel Millman with her cat Jerry.

New York: A woman has raised more than $20,000 for victims of Hurricane Harvey, all thanks to photos of her cat. Rachel Millman, a 29-year-old writer based in Broolyn, New York, asked people to donate to relief organisations on Monday.

She took to Twitter to inform potential donors that if they sent her a receipt of their donation, she would in return provide them with photos of her cat Jerry misbehaving. The writer thought her idea would generate $1,000 at most, but donations kept pouring in, and she and Jerry ended up raising an astonishing $20,533 by Thursday.

Twitter users were eager to see photos of the feline, a sizable animal who has a habit of stealing the food of Rachel’s other cat, Meryl.

People sent Rachel screenshots of their donations to organisations such as the Houston Food Bank, rescue group Dallas DogRRR, and the Hurricane Harvey Relief Fund set up by the Greater Houston Community Foundation.

Rachel was amazed to see the amount collected rise above $20,000, a mere 48 hours after her initial tweet. She believes many people participated due to the “social aspect” of the movement, with social media users hearing about other donors and deciding to get involved too. “My dad was making fun of me earlier for this being the most millennial fundraising,” she added.

Jerry was apparently a tad annoyed at his owner, who kept grabbing him.