According to Daily Pakistan, reportedly, he was battling long with health issues. 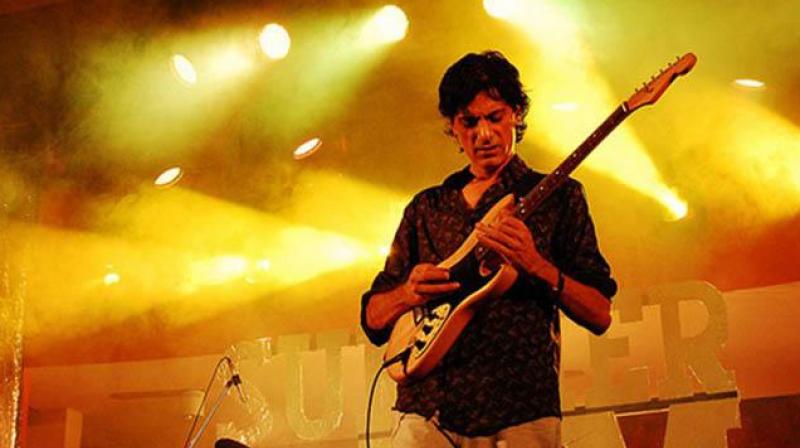 Mumbai: Renowned guitarist Aamir Zaki took his last breath, on Friday, after suffering from a cardiac arrest. He was 49.

According to Daily Pakistan, reportedly, he was battling long with health issues.

He will be laid to rest in Steel Town graveyard early Saturday.

Zaki, known for his melodic phrasing, feel, and tone, debuted with album 'Signature' in 1995. He was awarded a gold disc by Soundcraft UK for it.

The musician, who made his overdue debut on Coke Studio in 2014, was last seen in action performing at the two-day long 'I Am Karachi Music Festival.'

Fans on Twitter started extending their condolences and expressing grief over the untimely demise of the maestro as soon as the news surfaced on social media.

"We didnt even know 1% of Amir Zaki. Things he has played in live gigs & smoke filled rooms that the world will never ever hear," one wrote.

Other said, "Sorry to hear that the legendary guitarist Amir Zaki has passed away. There was no other like him. Innalilla hi wainanila hai rajaoun"