Dabangg 3: Latest still from Salman Khan's next shows beauty of nature; check out

Salman is successfully keeping his fans on their toes by sharing behind-the-scenes pictures from the film’s sets. 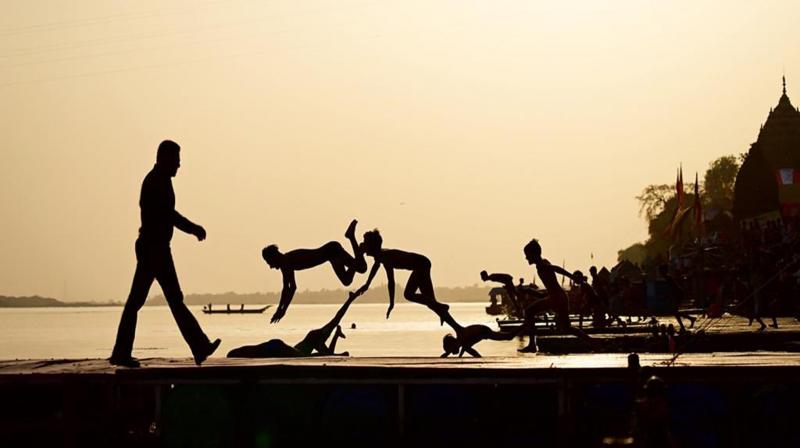 New Delhi: Bollywood powerhouse Salman Khan is soon going to return as Chulbul Pandey with his upcoming film ‘Dabangg 3’ and has already started prepping for the film.

In the picture, Salman can be seen on the ghats of the beautiful river Narmada against the backdrop of a setting sun. He captioned the post, “Shooting for #dabangg3on the beautiful ghats of Narmada.”

Shooting for #dabangg3 on the beautiful ghats of Narmada pic.twitter.com/iuolrQhXpt

‘Dabangg 3’ is being helmed by Prabhu Deva. The film marks the second collaboration of Salman and the director, the two have previously worked together in ‘Wanted’.

As per media reports, the upcoming film also stars Sonakshi Sinha as Chulbul’s wife and Arbaaz Khan as Makkhi.

This is the third film in the 'Dabangg' series. The movie is being produced under the banner of Salman Khan Films and Arbaaz Khan Production. It is expected to release around Christmas, this year and may clash with Alia Bhatt and Ranbir Kapoor-starrer 'Brahmastra'.

Meanwhile, Salman’s next film ‘Bharat’ is all set to hit the screens on EID 2019 and stars Katrina Kaif, Jackie Shroff, Disha Patani, Sunil Grover and Tabu in pivotal roles.