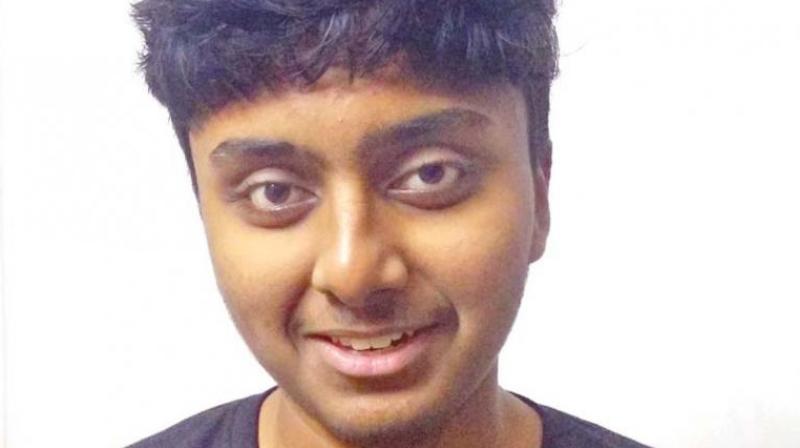 Chennai: His project proposal on connecting the Earth to the Moon through elevators for making a human settlement possible on the Moon earned city student Sai Kiran P. (18) the second prize in the grade 12 category in the Nasa Ames Space Settlement Contest, 2017.

Sai Kiran started working for this project in 2013 when he was living in Singapore. He finally started writing his thesis in March last year after he moved to Chennai. His proposal titled, ‘Connecting Moon, Earth and Space’ and ‘HUMEIU Space Habitats’ revolved around providing bases for humans to be transported to the Moon so that they can settle there. He added that the most important aspect of the theories was centripetal acceleration.

“The first segment of the project is about creating elevators that could transport humans and cargo to the Moon so that humans can form their settlements there.

The most important aspect was that of gravity as without gravity, humans won’t be able to settle there,” Sai Kiran added.

He said that the thesis also contained proposals of setting up recreation, entertainment, governance, agriculture, on the Moon as well, and not just transporting humans to Moon. The main emphasis of his thesis was the cost inefficiency associated with sending humans to the Moon via rockets. "Since it is not economically viable, the only other way is to have faultless elevators connecting the Earth to the Moon, which will span a height of 40,000kms," he added. He said that the design could be lunar-based or earth-based elevators, which has to be studied.

A student of the British International School, the teenager was happy to be evaluated as the winner of the second prize by Al Globus, a senior researcher at NSS, who co-founded the NASA Ames Space Settlement Contest.