She spared viewers the sight of her pushing out her child. 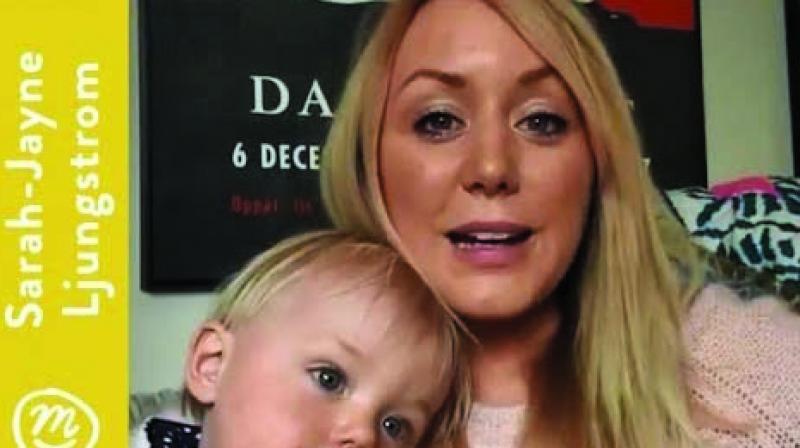 London: A woman in the UK has live streamed her labour on Facebook to over two lakh strangers to show pregnant women that giving birth is not like the one shown in movies, media reports said on Monday.

Sarah-Jane Ljungstrom, 35, an ad-agency director from London, started broadcasting soon after her waters broke while eating pizza on her sofa at home.

She also posted five other videos including live contractions and updates as her third child “moved down the birth canal”, mirror.Co.Uk reported. She spared viewers the sight of her pushing out her child. She revealed the baby’s gender and name of newborn Evelina Blossom in a live video watched by around 216,000 people.

Sarah-Janes amusing vlogs included a plea with viewers to show her the video if she ever confessed to wanting another baby. She posted her first live real-time video to the internet channel at 10 PM on December 21 and told 86,000 people she was 2cm dliated.

In a video, she said, “Sorry I’m having a contraction now. It is not fun this bit, is it? Thank you so much for your support. It is really nice having you all around me.”

Speaking about broadcasting her birth on website Channel Mum, Sarah-Jane said, “I have been vlogging about motherhood and my pregnancy this year so it was natural for me to do the same and share my labour. I find being a mum so rewarding but it can be overwhelming and lonely”.

“Stories from other real mums I could relate to helped me so much. So I decided to share my own to show a real everyday labour that other mums and pregnant woman could follow and see how it went. Birth is not really like the movies so showing a normal everyday labour story was nice,” she added.