Director Sajid Khan also stepped down from as the director of the film after he was accused of sexual harassment by four women. 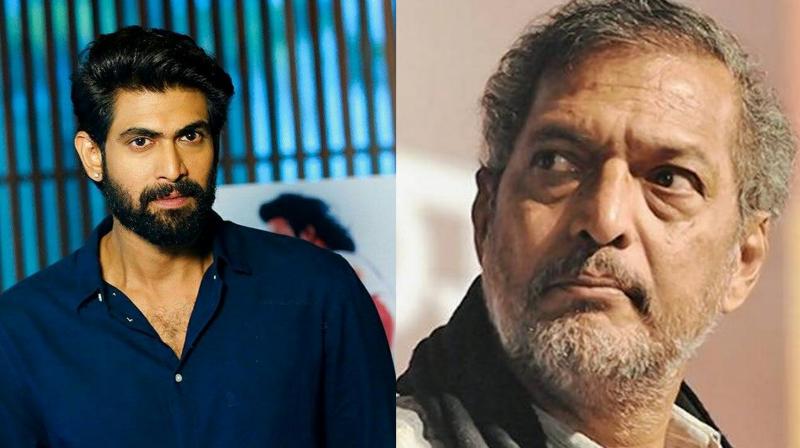 Mumbai: In the wake of #MeToo movement, veteran actor Nana Patekar had quit Akshay Kumar starrer upcoming comedy film Housefull 4.  Following allegations of sexual harassment levelled against him by Bollywood actress Tanushree Dutta, the actor chose to leave the project. Subsequently there were rumours of Baahubali star Rana Daggubati being the production house’s choice to play Nana’s role in the movie.

Now, confirming all the speculations around Rana Daggubati replacing veteran actor Nana Patekar in Housefull 4, Rana has himself confirmed the news of staring in Bollywood comic caper.

A latest report in Mumbai Mirror suggests that Rana will essay the role of a ghazal singer, and the parts of the film that were shot with Nana will be reshot with Rana in Mumbai. The actor said that “It is always good to find work outside of Hyderabad, get to learn so much and do so many new things. I’ve never been part of a genre like Housefull and it’s always exciting to work with different genres. Working with Akshay Kumar again, Sajid (Nadiadwala) and Farhad (Samji) is something I am really looking forward to.”

According to the same report, Daggubati will be joining the cast of the film in Mumbai next week.

Director Sajid Khan also stepped down from as the director of the film after he was accused of sexual harassment by four women. He was replaced by filmmaker Farhad Samji of Sajid-Farhad duo, who previously helmed Housefull 3.

Featuring a star ensemble of Akshay Kumar, Bobby Deol, Riteish Deshmukh, Pooja Hegde, Kriti Kharbanda and Kriti Sanon among others, Housefull 4 is the fourth instalment of the Housefull comedy franchise. The film is slated to release some time next year.