Newsmakers   02 Nov 2017  Revisiting the cricket war: Evolution of a sport into entertainment
Newsmakers

Revisiting the cricket war: Evolution of a sport into entertainment

Gideon Haigh talks about The Cricket War, how things have changed since he first wrote and 5 big incidents since Packer’s World Series. 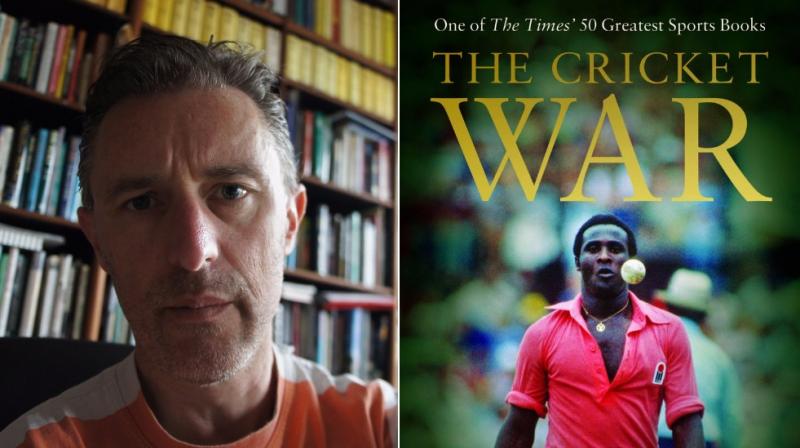 The Jack Pollard Trophy winner author says a lot has changed since the time he wrote the book.

Award winning journalist and author Gideon Haigh was recently in India for the launch of the updated edition of his debut novel The Cricket War (TCW), which he first wrote in 1993.

The book provides a unique insight into the motives and methods of Kerry Packer -- the man who became Australia’s richest and turned cricket into the entertainment sport as we know it.

In conversation with this correspondent, the Jack Pollard Trophy winner author says a lot has changed since the time he wrote the book.

“TCW was published about 15 years after the events it describes; we're now a further 25 years on,” he says, adding, “Perspectives have changed. Events have been forgotten and history has been written by the winners.

People may be surprised by what memory has tended to exclude.”

“The changes were obvious and are still being lived with. Packer popularised the idea that the game can be broadcasted and commercially exploited by bidders; that players are assets with on-field and off-field values, that the public has a taste for innovation and flair.”

On being asked whether a ‘World Series’ like that would still raise eyebrows now, Haigh says: “Yes, it still would. In some ways it remains the most audacious assault on cricket in history -- an outsider storming the ramparts brandishing his chequebook, and shaping the game to his ends. Even Lalit Modi, for all his hubris, was officially an insider -- a BCCI vice-president, an intrapreneur.”

Haigh, however, agrees that Kerry Packer, was a man with a vision. “His chief instincts,” says the author, were “bottom-line focussed… he was a sports fan but not a philanthropist.”

The author says he had to do a “very great deal of interviewing at great length and depth”, all of which was “fascinating”. He adds that one of the reasons he has such an affinity towards the game as a writer is because of his love for the sport. “It's a game to be played -- the best, richest, most various, most demanding, and most comradely game of all.”

Asked if the game has lost its shine with so many fomats, Haigh replied: “Cricket reflects the societies that play it. Which is good and bad, because societies have strengths and ills.

The author believes the top five cricketing events since Packer’s World Series were the 83 World Cup final, 2005 Ashes, 2007 World T20 final, the advent of the Indian Premier League (IPL) and the IPL scandal in 2013 which changed the Indian cricket administration.

Haigh, who prefers being called a journalist rather than an author, says politics has always played a role in cricket with “wealth and popularity” of the game attracting the “politically minded”. “It is both inevitable and regrettable,” he adds as an afterthought.

And how has the game evolved over the years? Haigh says: “There is more of it in greater variety, with an eye to consumer choice, and concentration on a thin elite of stars.

Asked what he would write more on cricket, he jokingly says, “The definitive story of Kochi Tuskers Kerala.” before concluding, “I have always just wanted to do work that interest and extend me.”

Gideon Haigh, who has authored over thirty books, twenty of them about cricket, is now working on a crime thriller and is looking forward to covering The Ashes 2017-18.