This year, Mysuru Dasara is being held from September 29 to October 8. 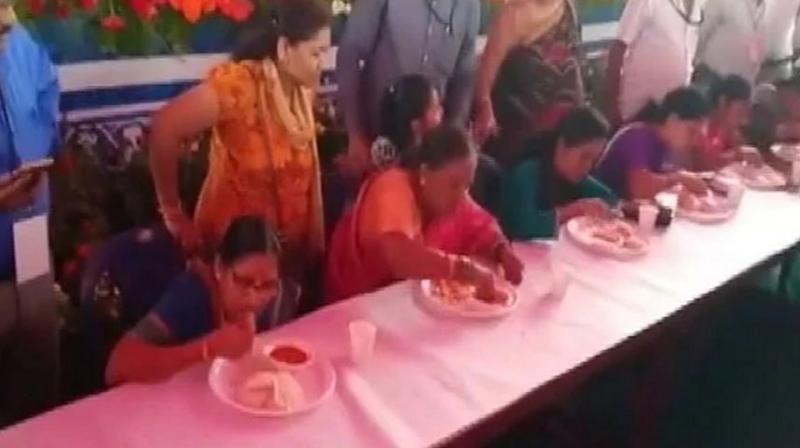 Mysuru: A sixty-year-old lady won an idli eating competition that was held especially for women during Mysuru Dasara celebrations in Karnataka's Mysuru district. The women who would eat maximum number of idlis in a minute would win the competition.

Several women of different age groups participated in the idli eating competition. They were made to sit on a long table in a pandal and were served idlis and sambhar, but Sarojamma ate 6 idlis in just 1 minute with great ease and won the competition.

Belonging to a village in the Mysuru district, she just smiled after the organisers clocked a minute on their stop watches and stopped the women from eating any further.

Dasara is the most famous festival of Mysuru and it is celebrated annually for a period of 10 days during the month of either September or October.

This year, Mysuru Dasara is being held from September 29 to October 8.