Taanaji: Ajay Devgn and Bhushan Kumar team up for the magnum opus

Bhushan Kumar is now all set to produce a much-awaited costume drama, Taanaji along with Ajay Devgn. 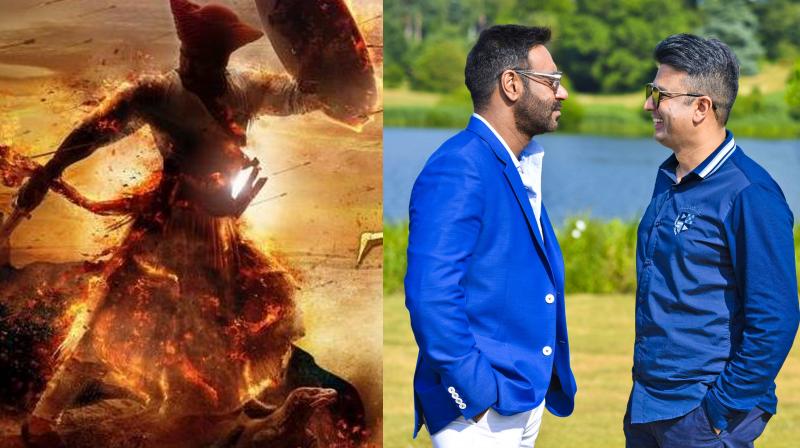 Bhushan Kumar had recently flown to London to meet Ajay Devgn for a discussion over Taanaji.

Mumbai: In the past few years Bhushan Kumar has emerged as one of the most sought-after film producers having given some of the most successful films such as Hindi Medium, Tumhari Sulu, Raid, Sonu Ke Titu Ki Sweety  among others. The music baron turned film producer is aiming to gather varied genre of films under his banner. He is all set to now produce a much-awaited costume drama, Taanaji along with Ajay Devgn.

Both Bhushan Kumar and Ajay Devgn have had a very successful association in the past, Raid being their most recent blockbuster. Bhushan Kumar had recently flown to London to meet Ajay Devgn for a discussion over Taanaji.

Taanaji will mark Bhushan Kumar’s first venture into costume drama space. The film is set to go on floors on 25th September, after Ajay Devgn finishes the shoot of Akiv Ali’s next which is being produced by Bhushan Kumar & Luv Ranjan and Indra Kumar’s Total Dhamaal.

Speaking about the association Bhushan Kumar says, “Ajay is one of the finest actors that we have today. The intensity that he brings to his performance is unparalleled. After the success of our recent film Raid, I am super excited to be part of a costume drama, a first for our banner T-Series.”

The movie Taanaji will showcase the life of this unsung warrior of glorious Indian history, who fought for his people, his soil and his King, Chhatrapati Shivaji. The film will be directed by Om Raut, who has to his credit Lokmanya Ek Yugpurush (2015), the Marathi biopic on Bal Gangadhar Tilak.