A documentary about the mysterious killing of a young Catholic nun, half a century ago, called The Keepers, is a smash hit on Netflix. 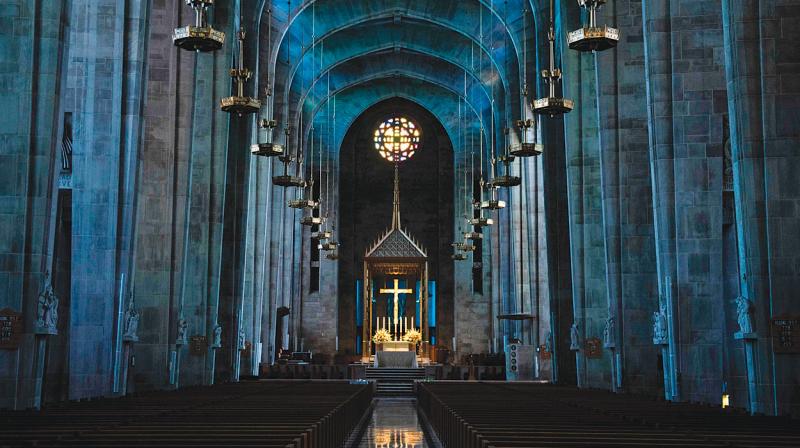 The Roman Catholic Archdiocese of Baltimore’s Cathedral of Mary Our Queen in Maryland. The Keepers is a documentary series dealing with the unsolved murder of Sister Cesnik, who taught English. (Photo: AFP)

Washington: A documentary about the mysterious killing of a beloved young Catholic nun half-a-century ago is the latest smash hit on Netflix, highlighting the popularity of true crime stories in America these days.

The series called The Keepers, which began last month, is a suspenseful examination of the crime committed in 1969. People with information about the case are now either deceased or elderly.

The nun, a cheerful, buoyant woman known as Sister Cathy, was 26 when she died. She was a teacher at the all-girls’ Archbishop Keough High School, and her students were crazy about her.

But there was apparently a dark side of the school, overseen by the Baltimore archdiocese.

The school chaplain, Father Joseph Maskell, was allegedly a dangerous pedophile who exerted psychological domination over his victims.

Maskell, who was also a police chaplain, denied any wrongdoing. He died in 2001 and was never charged.

The makers of The Keepers follow the dogged work of two women in their 60s, Gemma Hoskins and Abbie Schaub, students of Sister Cathy (whose last name was Cesnki), who created a Facebook page to try to learn the truth about the death of their teacher.

The retired women effectively become detectives, digging back into decades’ worth of files and creating an online posse of sleuths.

The pair uncover stunning information, which is revealed over the course of the series’ seven episodes.