Lego said it expects the new "Women of NASA" set to be available by the end of the year or in early 2018. 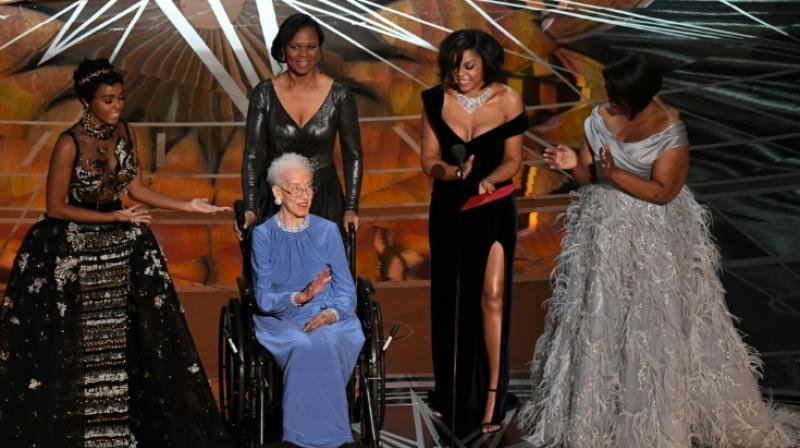 NASA physicist Katherine Johnson (C), whose likeness is set to be made into a Lego, is surrounded by Hidden Figures actresses Janelle Monae (L), Taraji P. Henson (2ndR) and Octavia Spencer (R) as they present on stage at the Oscars February 26, 2017 (Photo: AFP)

Lego sets have long celebrated superheroes like Batman and Superman. But now, the Danish toy maker is honoring real-life heroines -- five women pioneers for the US space agency NASA.

The proposal for the set, submitted on Lego's community and ideas page by MIT News editor Maia Weinstock, has been approved, beating out 11 other projects examined by the Lego Review Board.

"Women have played critical roles throughout the history of the US space program, aka NASA or the National Aeronautics and Space Administration," Weinstock wrote in her proposal.

"Yet in many cases, their contributions are unknown or under-appreciated -- especially as women have historically struggled to gain acceptance in the fields of science, technology, engineering, and mathematics (STEM)," she added.

Lego said it expects the new "Women of NASA" set to be available by the end of the year or in early 2018.

"We’re really excited to be able to introduce Maia’s 'Women of NASA' set for its inspirational value as well as build and play experience," the company said in a blog post.

The five women included in the set are:

-- Astronaut Sally Ride, who became the first American woman in space in 1983

-- Astronaut Mae Jemison, who became the first African-American woman in space in 1992

-- Astronomer Nancy Grace Roman, nicknamed the "Mother of Hubble" for her role in developing the landmark space telescope

Johnson is one of three women portrayed in "Hidden Figures," the Oscar-nominated film that tells the little-known story of three female African-American scientists who played a key role in NASA's early space program.

The 98-year-old Johnson, portrayed in the movie by Taraji P. Henson, attended the Oscars with the film crew on Sunday and received a standing ovation from the A-list audience.