The queen as usual spent Christmas at her private Sandringham estate in Norfolk, with members of her family. 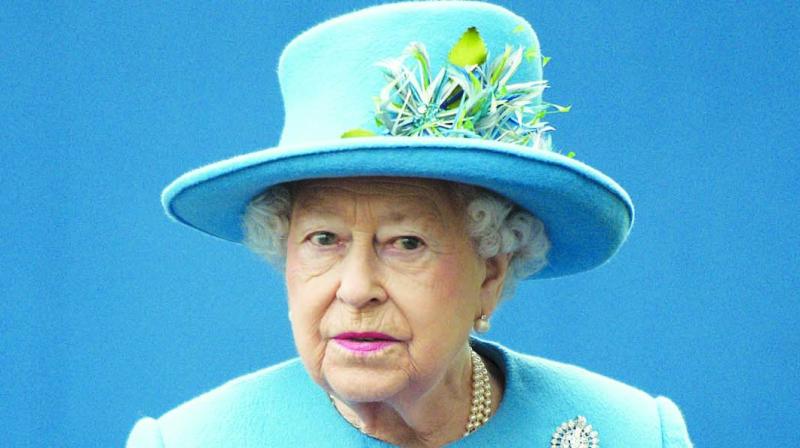 London: Queen Elizabeth II missed a New Year’s Day church service on Sunday because of a lingering “heavy cold” that also forced her to stay at home on Christmas Day, Buckingham Palace said. The 90-year-old, the world’s longest reigning monarch, is however continuing to receive her red boxes containing official papers and is up and about, a royal source said.

The queen as usual spent Christmas at her private Sandringham estate in Norfolk, eastern England, with members of her family. The royals normally attend church services at the local St Mary Magdalene church but the queen, who is the supreme governor of the Church of England, missed the Christmas Day ceremony. Ahead of Sunday’s service, the palace said in a statement: “Her Majesty The Queen will not attend Sunday worship at Sandringham on Sunday. “The queen does not yet feel ready to attend church as she is still recuperating from a heavy cold.”

The monarch’s 95-year-old husband Prince Philip had also been suffering from a cold and the royal couple’s journey to Sandringham was delayed by a day because of their illness. When she failed to appear on Christmas Day, speculation grew about the queen’s health, and a fake report on Twitter that she died prompted news stories in some of the tabloid newspapers. Philip, the Duke of Edinburgh, was well enough to attend church both on Christmas Day and on Sunday, when he arrived in a car in pouring rain.

Among the royals attending on Sunday were two of their children, Prince Edward and Princess Anne. When asked about her mother’s health, Anne said she was “better”, according to the Daily Mirror. Elizabeth had previously attended the Christmas service at the church every year since the royal family started celebrating Christmas there in 1988. After more than six decades on the throne, the queen has cutback on international tours but still regularly performs official duties around Britain.

The palace announced on December 20 she would step down as patron of several charities and other organisations to reduce her workload.