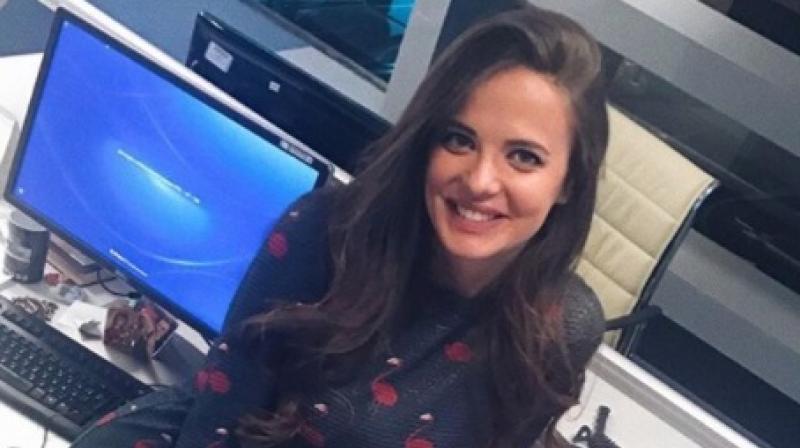 Moscow: Russia is in the news, not for any Kremlin-related development, but for a different reason.

The newly-appointed spokeswoman for the country's Ministry of Defence, Rossiyana Markovskaya, has become a social media sensation due to, what her fans and followers describe as, gorgeous looks.

But it was not long before the millennial on social media went gaga over her looks and age.

The 26-year-old with deep blue eyes and brown hair, has taken internet by storm and is being dubbed as 'Defense Cutie' or 'Oboronyasha' in Russian.

According to Sputnik News and RT.com, Markovskaya's Instagram feed features her photographs, including selfies' from day-to-day life.

The young spokesperson earlier worked for the Vladivostok State TV and Radio Company before becoming a correspondent for the federal television channel Zvezda.

Markovskaya is from Vladivostok, where she graduated from the Department of Journalism at the Far Eastern Federal University.

She seems to have a special nerve for music, as some of the photos and videos she shared on social media, show her singing and playing guitar.

Three years ago, Russian government's "it" girl, Natalia Poklonskaya, had whipped up a similar internet fandom with her youth and beauty. Poklonskaya served as a Crimean prosecutor and is now an attorney general.