Free from the constraints of public life, she has now come up with her own collection of 40 pieces which will go on sale early next year. 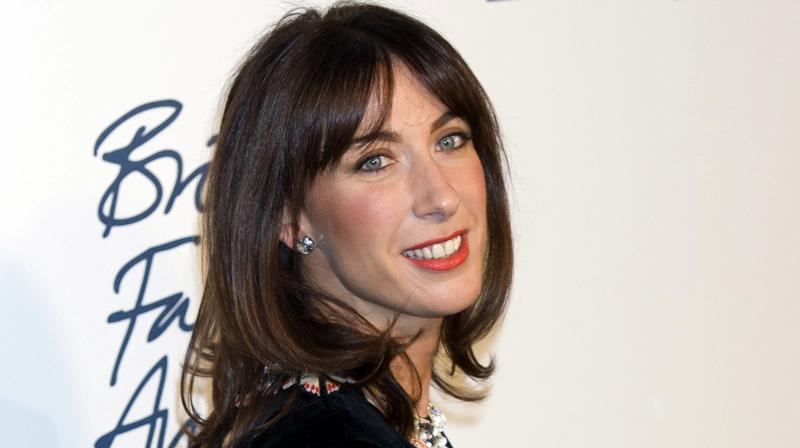 The 45-year-old wife of former Conservative prime minister David Cameron won many fans for her smart but modern style during his six years in office, drawing comparisons with US first lady Michelle Obama.

Art school educated, Cameron was formerly the creative director of luxury leather goods and stationery firm Smythson, where she remains a creative consultant, and has also been studying pattern-cutting.

Free from the constraints of public life, she has now come up with her own collection of 40 pieces which will go on sale early next year.

“I felt that there was a lot of American and French brands out there that fit that bracket of designer contemporary with the right price point and the right styling, but there aren’t that many British brands which fill that space,” she told Vogue. She added: “I’ve spent a lot of time trying stuff on my friends.”

The brand name, Cefinn, is reportedly derived from her children’s names — Elwen, Florence, Ivan and Nancy.

Alexandra Shulman, editor-in-chief of British Vogue, was quoted in The Times as saying that the collection had a broad appeal, predicting that it would be popular as workwear.

“Like all designers Samantha has reflected her own taste in the clothes — they are quite simple well-cut shapes, hard-wearing with a lot of concentration on the fabrics so that they won’t look rubbish by the end of a busy day and there are a lot of separates,” she said. She added: “The collection is above your average high street price but not anywhere near international designer prices. “This slot in the shopping market is actually doing very well at the moment so it’s a good time for her to be launching.”

David Cameron resigned after the vote to leave the European Union, which he had opposed, and was succeeded by Theresa May on July 13.