Pak apologises for leaving 2 corpses behind in New York

Pakistan International Airlines Chairman has ordered an inquiry into the oversight, a company spokesman said. 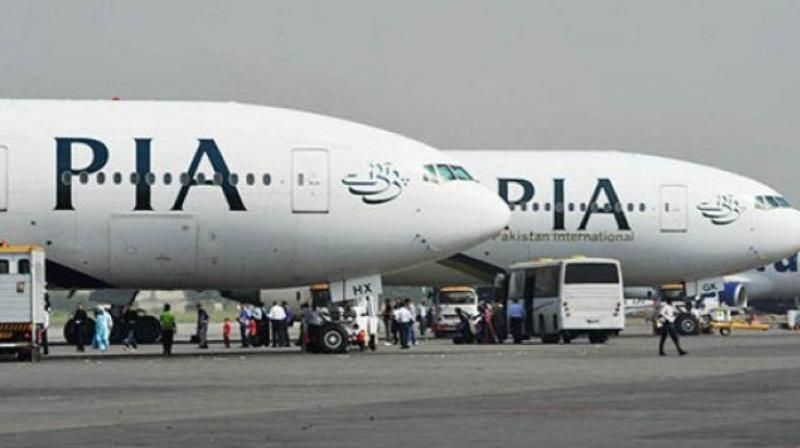 Domestic flights are often delayed for VIPs while flight employees have been caught smuggling goods ranging from iPhones to narcotics. (Photo: AFP)

Islamabad:  Two corpses were left behind at a New York airport instead of being flown to Lahore, Pakistan's national airline said, apologising Wednesday for the latest embarrassing mishap to hit the troubled carrier.

The oversight occurred on Saturday at New York's JFK airport as the airline prepared for its final flight from the US city to Lahore via Manchester, with the route since suspended due to financial losses.

Following the mix-up, the corpse of Pakistani man Nasir Ali was delivered to Lahore Wednesday on an Etihad Airways flight, while the family of another man Nauman Badar has now decided to bury him in Maryland instead.

PIA "regrets the inconvenience caused due to negligence, and expresses its sympathies with the family members of the deceased persons," a spokesman for the airline said in a statement.

PIA was once considered a global leader in commercial aviation until the 1970s but has since been plagued by myriad controversies in recent years and saddled by billions of dollars of debt with a potential government bailout looming.

Domestic flights are often delayed for VIPs while flight employees have been caught smuggling goods ranging from iPhones to narcotics.

Last year two airline employees were killed at Karachi airport during a nine-day strike spurred by plans to privatise the national carrier.

In 2013 one of its pilots was jailed for nine months in Britain for being drunk before he was due to fly from Leeds to Islamabad with 156 people on board.