Bigg Boss 13: Twitterati want Ameesha to be out of show; read tweets

Viewers were expecting entertainment from the appearance of Bollywood actor Ameesha Patel. 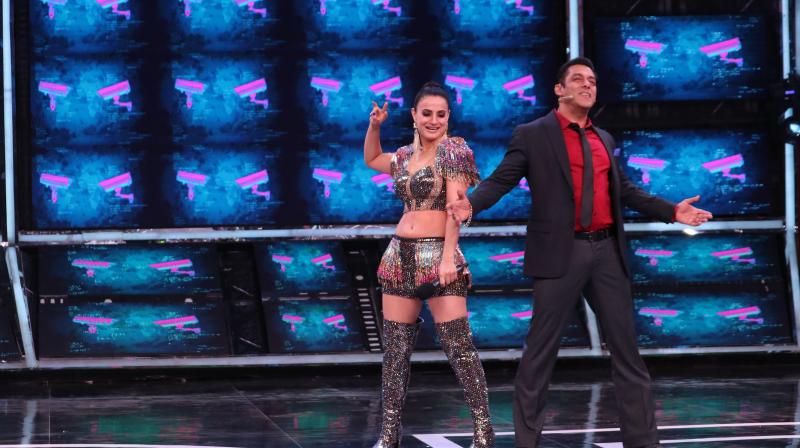 Mumbai: Salman Khan's reality show Bigg Boss 13 kick-started on Sunday with a bang. However, the first episode turned out to be a big disappointment for the BB fans.

Well, viewers were expecting entertainment from the appearance of Bollywood actor Ameesha Patel. But, now netizens have shown their disappointment over 'Kaho Naa Pyaar Hai' actor's Malkin (owner) avatar in the house.

For God's sake we don't want to see #AmeeshaPatel
She is hell irritating.
Ruining fun and interest towards #BiggBoss13

Throw this Stupid so called Maalkin out.
We want to see contestants not this Bhuddi.
Retweet- Agree#BB13

I have a feeling #AmeeshaPatel is the only person in the history of #BiggBoss who is probably paying the show to be seen on it. There’s no other logical reason to this. #BiggBoss13

Twitterati also called Ameesha a Sasti Malkin and want her to be out of the show.

PS- as #BB13 got such a sasti malikin ki, they decided to have their finale in the 4th week itself 😣

Iam hating to see her and the tasks she gives r just not gud...Taking the show to somewhr else...

Literally I dont want her to come inside the house...😑#BiggBoss13 #BiggBoss #BB13

Now, let's what happens next in Bigg Boss 13 house.