Ozaki is one of an increasing number of Japanese men turning to rubber romance in a country that’s lost its mojo. 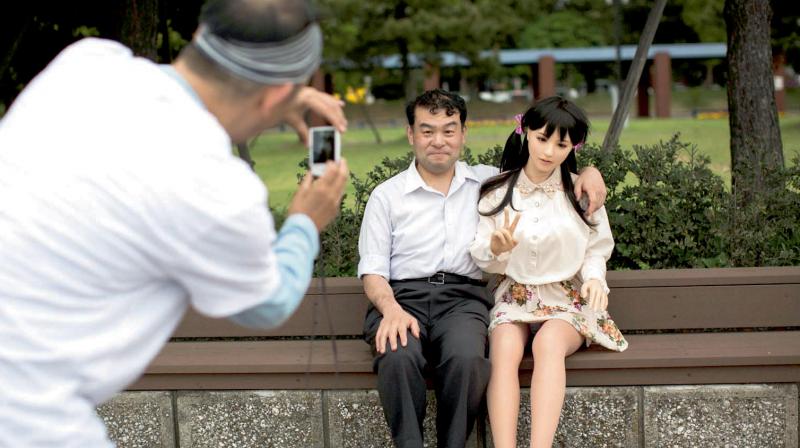 Tokyo: When the spark went out of Masayuki Ozaki’s marriage, he found an unusual outlet to plug the romantic void — a silicone sex doll he swears is the love of his life.

The life-size dummy, called Mayu, shares his bed under the same roof as Ozaki’s wife and teenage daughter in Tokyo, an arrangement that triggered angry rows before a delicate truce was finally declared.

“After my wife gave birth we stopped having sex and I felt a deep sense of loneliness,” the 45-year-old physiotherapist said.

“But the moment I saw Mayu in the showroom, it was love at first sight,” blushed Ozaki, who takes his doll on dates in a wheelchair and dresses her in wigs, sexy clothes and jewellery. “My wife was furious when I first brought Mayu home. These days she puts up with it, reluctantly,” he added. “When my daughter realised it wasn’t a giant Barbie doll, she freaked out and said it was gross — but now she’s old enough to share Mayu’s clothes.”

Ozaki is one of an increasing number of Japanese men turning to rubber romance in a country that’s lost its mojo. He also admits to being turned off by human relationships.

“Japanese women are cold-hearted,” he said while on a seaside stroll with his silicone squeeze. “They’re very selfish. Men want someone to listen to them without grumbling when they get home from work,” Ozaki added.