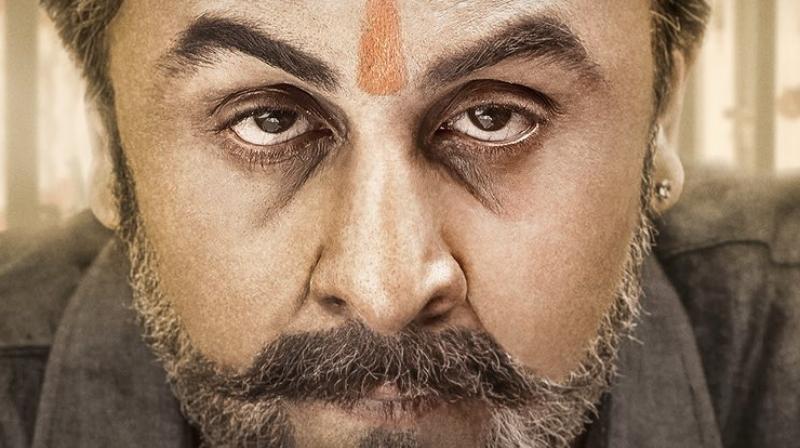 Ranbir Kapoor in and as Sanjay Dutt in 'Sanju' poster.

Mumbai: Filmmaker Rajkumar Hirani has given blockbuster hits to the industry and staying true to his promise, he shared a new poster of his upcoming movie, Sanju, on Monday morning and Ranbir Kapoor looks every bit like Sanjay Dutt.

Hirani shared the poster and tweeted, "Ranbir as #Sanju! When he came out of Jail in 2016. Watch his complete story on June 29. #RanbirKapoor #RajkumarHiraniFilms @VVCFilms @foxstarhindi."

Kapoor has already surprised the audience with the striking resemblance to Dutt when accidental pictures from film sets hit the internet earlier.

Recently, the teaser of the flick was also released showing Ranbir essaying the role of Sanjay Dutt with panache and an uncanny resemblance.

Produced by Vinod Chopra Films and Rajkumar Hirani Films in association with Fox star studios, Dutt biopic is all set to be released on June 29, 2018.