The larger-than-life opulence has been released in four languages: Hindi, Tamil, Telugu and Malayalam. 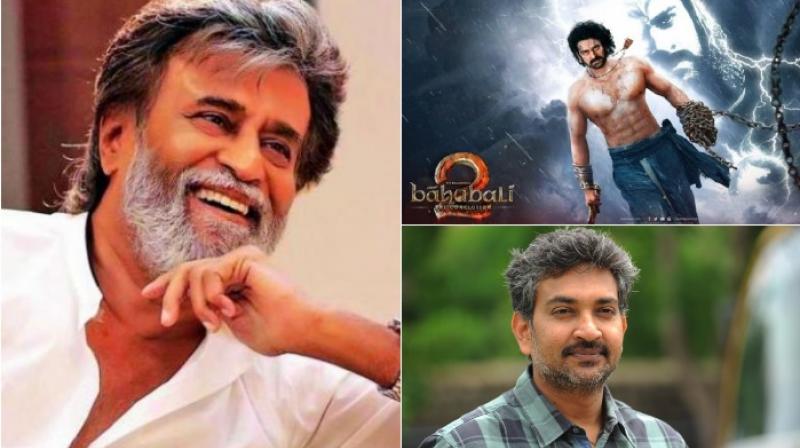 Mumbai: While the entire nation is raving about SS Rajamouli’s magnum opus ‘Baahubali 2: The Conclusion’, superstar Rajinikanth also saluted the efforts put by the team to create such a masterpiece.

On Sunday, superstar Rajinikanth tweeted, “'Baahubali 2' Indian cinema's pride. My salutes to god's own child Rajamouli and his team."

The film, which released on April 28, became the first Indian film to cross the 100 crore mark, on day one, at the box office.

The larger-than-life opulence has been released in four languages: Hindi, Tamil, Telugu, and Malayalam.

Such craze, hysteria, and hype hasn't been seen for any other film, but Baahubali franchise.

‘Baahubali: The Beginning’, which released in July 2015, minted over 600 crores at the box office.