NASA may send robotic spacecraft to Sun next year

NASA plans to launch the Solar Probe Plus mission to the Sun which is about 149 million kilometres from the Earth. 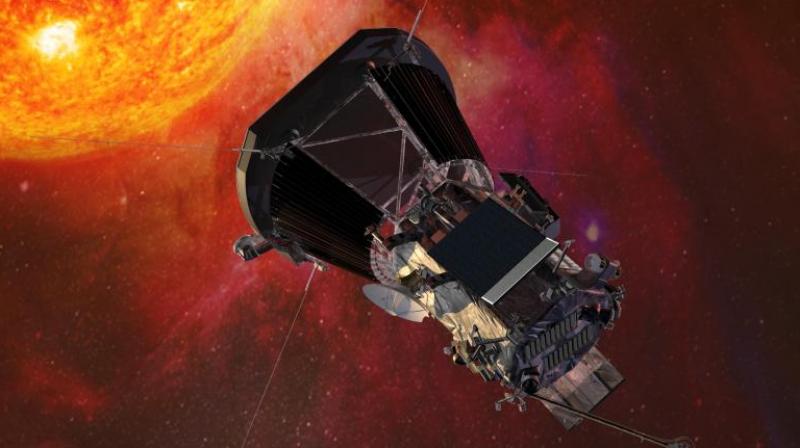 NASA has designed a 11.4 centimetres carbon-composite shield, which is designed to withstand temperatures outside the spacecraft of 1,370 degrees Celsius. (Photo: Applied Physics Laboratory)

NASA plans to send its first robotic spacecraft to the Sun next year that is slated to get within six million kilometres of the blazing star to probe its atmosphere.

Humans have sent spacecraft to the Moon, Mars and even distant interstellar space. Now, NASA plans to launch the Solar Probe Plus mission to the Sun which is about 149 million kilometres from the Earth.

"This is going to be our first mission to fly to the Sun," said Eric Christian, a NASA research scientist at Goddard Space Flight Centre.

"We can't get to the very surface of the Sun," but the mission will get close enough to answer three important questions, Christian said.

First, the mission will hopefully unveil why the surface of the Sun, called the photosphere, is not as hot as its atmosphere, called the corona.

"You would think the farther away you get from a heat source, you would get colder. Why the atmosphere is hotter than the surface is a big puzzle," Christian said.

The scientists also want to know how solar wind gets its speed, 'Live Science' reported.

"The Sun blows a stream of charged particles in all directions at a million miles an hour. But we do not understand how that gets accelerated," he said.

The mission may also ascertain why the Sun occasionally emits high-energy particles that are a danger to unprotected astronauts and spacecraft.

NASA has designed a 11.4 centimetres carbon-composite shield, which is designed to withstand temperatures outside the spacecraft of 1,370 degrees Celsius.

The unmanned probe will have special heat tubes called thermal radiators that will radiate heat that permeates the heat shield to open space, "so it does not go to the instruments, which are sensitive to heat," Christian added.