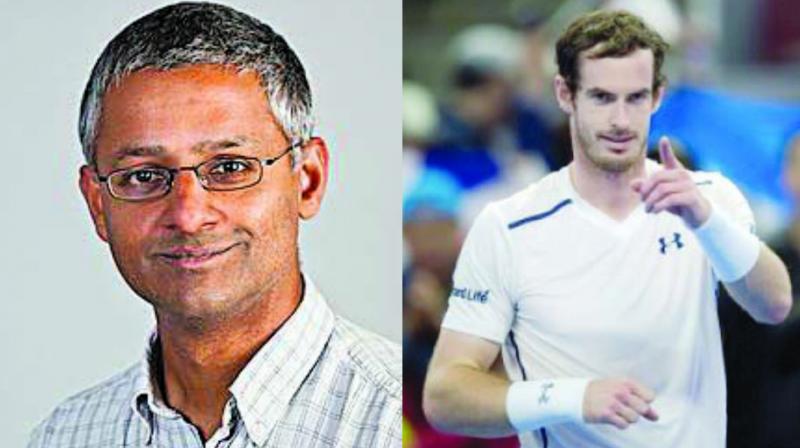 London: Shankar Balasubramanian, an Indian — origin British professor of Chemistry and DNA expert at Cambridge University, has received a Knighthood along with Olympic stars Andy Murray and Mo Farah among others by Queen Elizabeth II for their contributions.

Balasubramanian, 50, Herchel Smith Professor of Medicinal Chemistry at Cambridge University, has been recognised for his work as a co-inventor of Next Generation DNA sequencing, described as the most transformational advance in biology and medicine for decades.

“Solexa sequencing, as it is now known, allows an individual genome to be sequenced in a day or two at a cost of less than 1,000 pounds; previously, sequencing the human genome took years of work and cost billions. His work has spawned an entirely new discipline of Bioinformatics,” his citation reads. “More recently, he has made major contributions to understanding the role of DNA-quadruplexes in cancer and invented a method for the sequencing of epigenetic modifications,” his citation reads.

A host of other Indian-origin professionals are also included in the honours list, including Knights Commander of the Order of the British Empire for Hardip Singh Begol of the UK’s Department for Education for services to education; Kamaldeep Singh Bhui, Professor of cultural psychiatry and epidemiology at Queen Mary University of London for services to mental health research and care.

Neena Gill, Member of the European Parliament for the West Midlands for parliamentary and political service, Ravindra Pragji Govindia of Wandsworth Borough Council for services to local government and the community in Wandsworth, London is also on the list.