Mumbai Police have instructed all police stations to be on alert 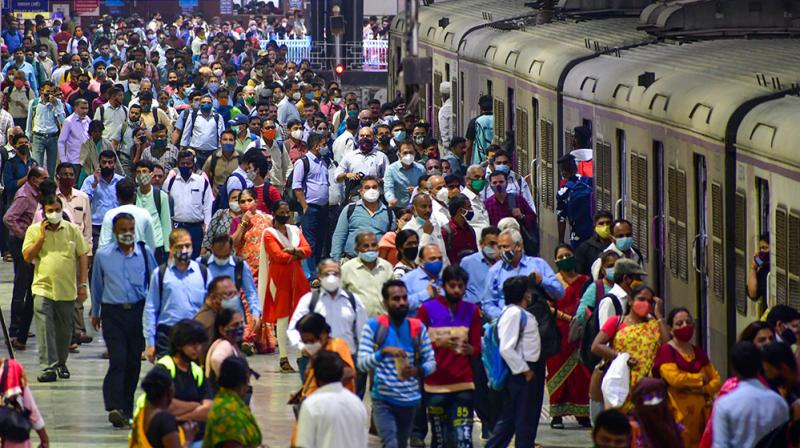 A crowded platform at Chhatrapati Shivaji Maharaj Terminus railway station amid concern over rising cases of Omicron variant of COVID-19 across the country, in Mumbai. (Photo: PTI)

New Delhi: A high alert has been sounded in Mumbai after intelligence agencies received inputs regarding terror activities planned by pro-Khalistan groups.

A senior officer said that after Jaswinder Singh Multani, a member of Sikhs for Justice (SFJ) who was allegedly linked to Ludhiana court blast, was detained and questioned in Germany, they have received inputs regarding planned terror activities in Mumbai and other big cities.

"We have received inputs that apart from SJF, other banned pro-Khalistan groups are in contact with Pakistan's Inter-Services Intelligence (ISI) to execute terror activity in Mumbai, Delhi and other cities," he said.

Sikhs For Justice is a designated terror group in India.

An alert has been issued to Mumbai Police and has been asked to remain vigilant and take note of any suspicious activity.

Mumbai Police have instructed all police stations to be on alert. Quick Rection teams and bomb squads have been instructed to be on toes on New Year's eve.

Mumbai Police have already prohibited New Year celebrations and gatherings in any closed or open space, including hotels and restaurants.