Vasant Dhoble is the police officer best remembered for the raids conducted by him on pubs and bars in Mumbai during his tenure. 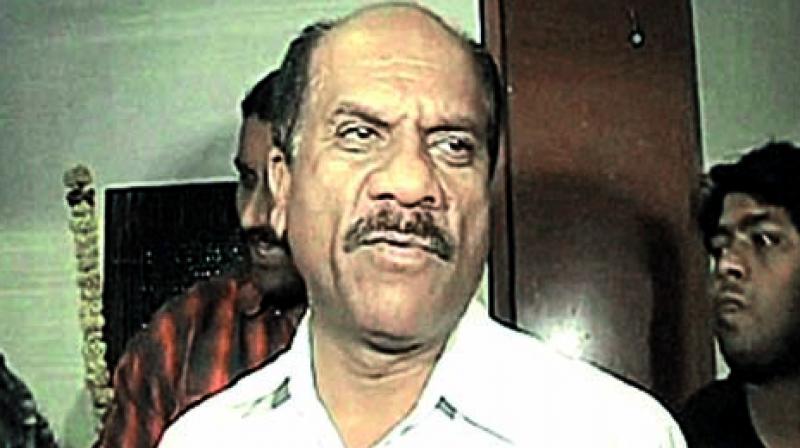 Mumbai: Retired assistant commissioner of Mumbai police Vasant Dhoble, who took strict action against illegalities at bars, restaurants and pubs during his tenure which ended in July 2015, was saddened to hear that 14 people lost their lives in the fire that gutted two pubs at Lower Parel’s Kamala Mills compound early Friday. Speaking to The Asian Age, Mr Dhoble said that the police and fire, civic, and excise authorities needed to be stringent in terms of due diligence related to availability of fire-safety and fire-exit facilities at hotels, pubs and restaurants.

Mr Dhoble claimed, “They should conduct checks periodically but they don't perform their job well and because of their lazy and corrupt attitude, people face such gruesome situations. There are still some pubs in Mumbai that are underground, and if any such incident takes place there, it will be a situation worse than this.”

“Before starting any restaurant or pub, one needs to take permissions from different authorities including BMC, fire brigade, excise and others. While taking permissions, these hoteliers produce false documents and government officials ignore them,” he added.

“Ideally, related government officials need to conduct an audit check within a certain time period to check whether owners have made any illegal changes or not. But these government officials conduct such checks only on paper and not by visiting the place personally. It’s their responsibility to check every structure and whether activities going on in restaurants are legal or not,” he said.

Mr Dhoble continued, “Restaurants require licenses to have DJs and because they were over-crowded, we took action against several pubs. We were not conducting raids but just ensuring that rules and regulations were implemented. We were not curbing nightlife, just implementing the law.”

Mr Dhoble is the police officer best remembered for the raids conducted by him on pubs and bars in Mumbai during his tenure. Mr Dhoble, who retired as the assistant commissioner of police (ACP) of the Missing Persons Bureau in July 2015, was the nodal officer responsible for selection of spots in south Mumbai where 434 CCTV cameras were mounted by the police. He made headlines for “spoiling” Mumbai’s nightlife.