There is currently a plan drawn up to extend the line up to Borivali finally, revealed officials. 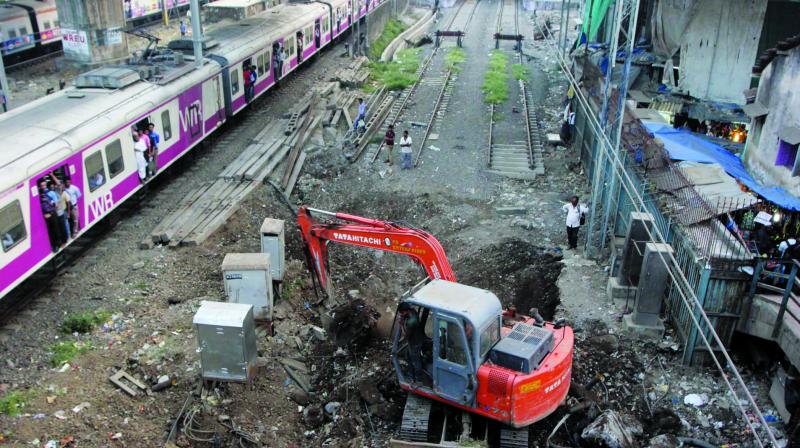 Mumbai: The Mumbai Rail Vikas Corporation (MRVC) and Western Railway (WR) will run trial with a suburban train between Andheri and Goregaon as part of the harbour line extension of CSMT to Andheri.

The line is expected to be opened by the end of January 2018 and will provide an additional option for commuters on the slow line up to Goregaon. Officials said “We hope that the rush on the slow line between Mahim and Andheri will start going via the harbour line. We also hope that a lot of commuters who had offices a little closer to CST will now shift to that line.”

MRVC chief managing director Prabhat Sahai said, “The signaling, electrical, tracks were all tested by us and we are glad to announce that the run between Andheri and Goregaon on trial basis was successful.”

He also said. “The line is likely to be operational by the end of the month at the most.” The letter will declare the track fit for services to be run and is expected to add around 60 more services on the harbour-western section.

There is currently a plan drawn up to extend the line up to Borivali finally, revealed officials.

Disruption on harbour line for eight days in the row
For the eighth day in a row, harbour line services were once again disrupted Saturday as the motorman felt severe jerks between Belapur and Seawoods while taking out an empty train. Commuters spewed fire on Twitter and even tagged union railway minister Piyush Goyal about the delays and disruptions that have been going on for more than a week now.

The issue caused all trains between Vashi and Panvel to be completely shut for over an hour between 12.40 pm and 2.10 pm. Officials said that the line was shut down to make sure that there were no technical issues. “The motorman felt a severe jerk when the train was switching tracks between both these stations, so we shut down the section as a precautionary measure,” said an official.

One of the commuters, Tejas Chogale, @tejaschogale tweeted, “Utter chaos at Vashi railway station. Trains between Vashi and Panvel cancelled, even after blocks taken on December 22, 23, 24, 25, 27, 28, 29 and planned block on 31. Harbour line is crippled, commuters inconvenienced.”

Around 12 trains were cancelled as a result and more than 30 saw delays until services normalised.