Cops ban use of flying lanterns in Mumbai till January 22

Many residents staying in high-rise buildings and near the seashores Of Mumbai had also raised the similar concerns in past. 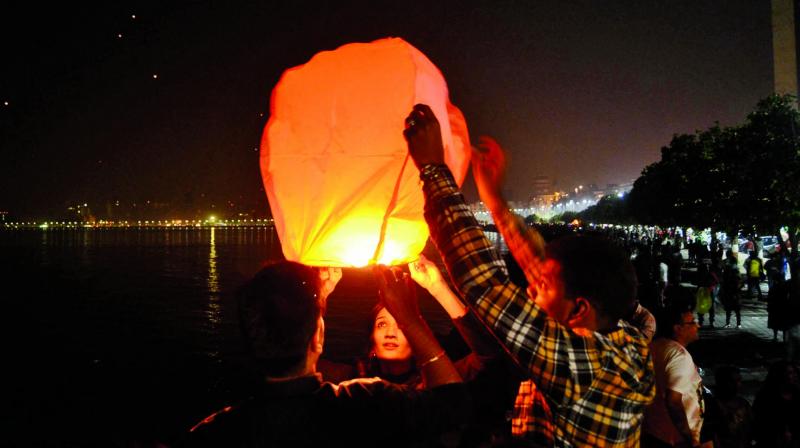 Mumbai: The Mumbai police has issued a circular banning the use of flying lanterns during the New Year’s eve celebrations on Sunday so as to avoid any untoward incident. The ban will remain in force till January 22 and the use, sale and storage of flying lanterns will be regarded as an anti-social activity that will attract a fine, said the Mumbai police spokesperson.

According to police officials, lanterns are being banned to prevent any danger to human life and taking into consideration the safety of the common people. The ban orders were issued by DCP (Operations) Deepak Deoraj. Any person found violating the ban will be booked under section 188 (disobedience to order duly promulgated by public servant) of the IPC.

Around three years ago, the use of such lanterns with firecrackers had caused incidents of fire in a couple of high-rises in the city. On January 1, 2015, a flying lantern released on the occasion of Makar Sankranti proved disastrous after eight floors of an under-construction high-rise building, Omkar Altamount, were gutted down due to a major fire caused by it.

Many residents staying in high-rise buildings and near the seashores Of Mumbai had also raised the similar concerns in past. All this has convinced the cops to go ahead with the ban.

During New Year celebrations, it has been a common site to see droves of flying lanterns light up Mumbai's night sky. Also known as Chinese flying lanterns, they are basically small hot air balloons made of paper.