Kundra’s questioning went on till late evening after his arrival at the ED’s office in south Mumbai at around 11 am. 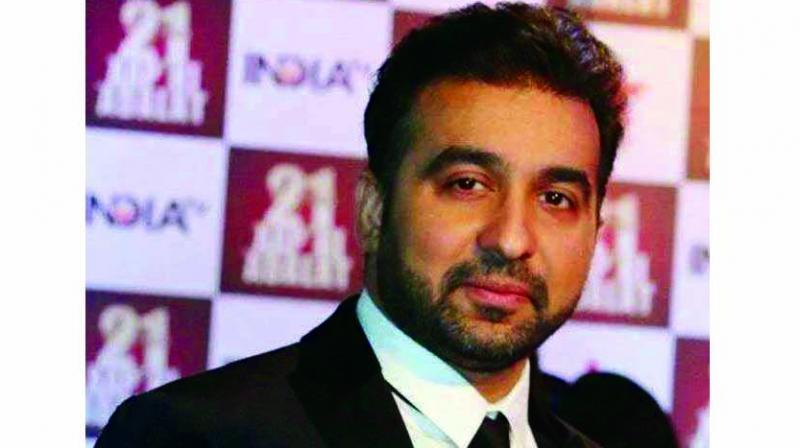 The investigators summoned Mr Kundra after the agency found investment to the tune of Rs 30 crore in one of his companies by an entity of Ranjitsinh Bindra, who was arrested earlier. Bindra was closely connected with Memon and he was a crucial link in some of the property deals made by Memon, before he died in 2013 in London.

“Kundra’s questioning began on Wednesday morning with a questionnaire prepared based on the probe in the case. The nature of transactions and their contact is being probed,” said an ED officer.

Kundra’s questioning went on till late evening after his arrival at the ED’s office in south Mumbai at around 11 am. He was asked by the agency to appear on November 4; however, he sought to appear prior to the given date.

In the investigation pertaining to the laundering, the Enforcement Directo-rate found that Bindra’s RKW Developers had business transaction with Kundra’s Essential Hospitality in which Shetty is also a director. Kundra’s company was also allegedly provided with zero interest loan by Bindra, probe revealed.

The agency could also summon Shetty for questioning as she is a director of the company, which is being probed for deals in the said case.

Bindra is the common link in the case who is stated to be connected with Memon, Patel and now Kundra, officials said. The detailed role of Bindra and Kundra is underway to ascertain if he also was in contact with Memon.

The ED had previously questioned former union aviation minister Praful Patel in connection with the same case after he was found to have business relations with Bindra. Patel’s Millennium Developers Pvt Ltd constructed Ceejay House in Worli on the land owned by the Memons.

Patel figured on the ED’s radar after they arrested two of Memon’s henchmen, Bindra and Harun Aleem Yusuf, in connection with the case and found property deal related documents linking Patel and Memon.