Sameer Kulkarni, who is currently out on bail wrote to the state government in May this year seeking protection. 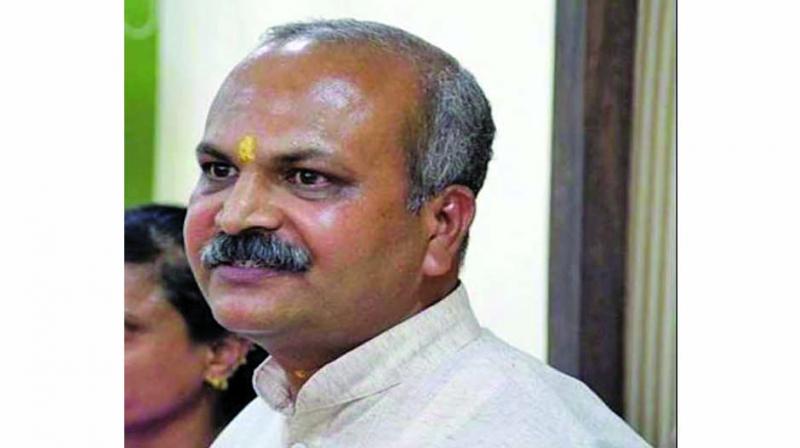 Pune: An accused in the 2008 Malegaon blast case was on Wednesday provided an armed police guard for protection at his residence in Pune district.

Sameer Kulkarni, who is currently out on bail wrote to the state government in May this year seeking protection, but he might have been provided the security now in the wake of the killing of former Hindu Mahasabha leader Kamlesh Tiwari in Lucknow.

“Except a letter acknowledging that my application has been received, I did not receive any communication from the state government after I sought protection,” said Kulkarni, who resides in Pune’s Chinchwad area.

However, on Tuesday he got a call from the Pimpri Chinchwad police, informing that an armed guard of constable rank was assigned to him.

“I did seek protection then (in May)...the security might have provided now in the wake of Tiwari’s killing,” he said.

Tiwari, who was earlier associated with a faction of the Hindu Mahasabha, was killed at his home in Naka Hindola area of Lucknow in Uttar Pradesh on October 18.

Kulkrani, who was released on bail in 2017, also said that he might have been given protection since he is one of the accused in the Malegaon blast, which is a sensitive case.

He said BJP MP Pragya Singh Thakur and Lt Col Prasad Purohit, who are also accused in the Male-gaon blast case, have also been provided security.

Six people were killed and nearly 100 others injured when a bomb strapped to a motorcycle went off near a mosque in Malegaon town of Nashik district on September 29, 2008.

The trial in the case began in October last year after a special court in Mumbai framed charges under the UAPA Act and relevant provisions of the Indian Penal Code (IPC) against Lt Col Prasad Purohit, Thakur and others.