The IMD further predicted the likelihood of thunderstorms and lightning in the Latur and Aurangabad regions of Marathwada Friday and Saturday. 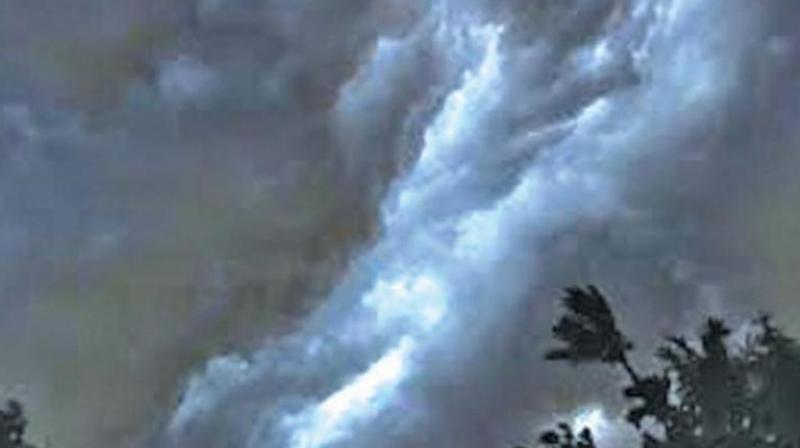 Mumbai: The Indian Meteorological Department (IMD) Wednesday predicted that Konkan and western Maharashtra are likely to receive heavy rainfall on Thursday and Friday.

The weather forecast agency predicted that thunderstorms accompanied by lightning are likely to occur at a few places in the Raigad, Ratnagiri, Sindhudurg, Pune, Ahmednagar, Nashik, Satara, Sangli, Kolhapur and Solapur districts of Maharashtra.

The IMD further predicted the likelihood of thunderstorms and lightning in the Latur and Aurangabad regions of Marathwada Friday and Saturday. With heavy rainfall already having destro-yed crops in various parts of the state, the chief minister has ordered officials to take steps to tackle eventualities.

The IMD stated that the very severe cyclonic storm “Kyarr” moved further westwards at a speed of 8kmph during the past six hours.

The IMD bulletin stated that gale wind - with speed reaching 145 to 155 kmph gusting to 170 kmph — is prevailing around the system centre over west-central and the adjoining north-west Arabian Sea.

While the sea condition will be very high to high over the adjoining east-central and north-west Arabian Sea during the next 24 hours.