The investigating team of Mumbai crime branch are in the process of recording statement of the accused. 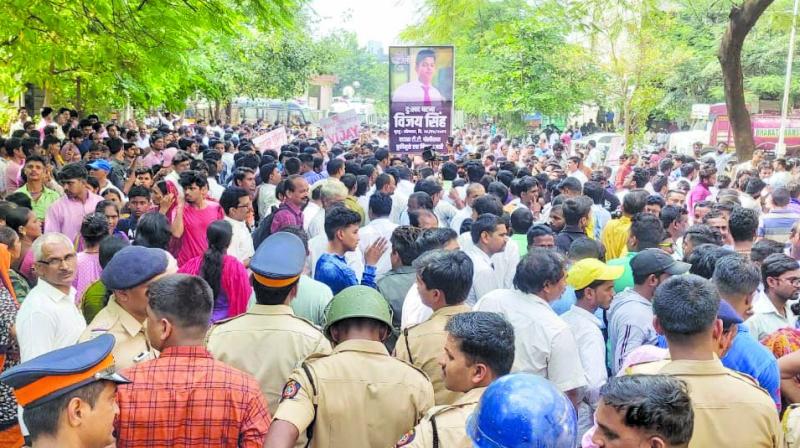 Violence erupted on the streets on Tuesday.

Mumbai: A day after five policemen of Wadala TT police station were suspended in case of custodial death, the crime branch procured the Close Circuit Television (CCTV) footage of the station house.

The investigating team of Mumbai crime branch are in the process of recording statement of the accused persons and will scan the footage to equate the sequence of events captured in it. Family of the deceased Vijay Singh had alleged that he was kept inside the lock-up.

Following allegations of high-handed behaviour by the police, the home department suspended sub-inspector Sandeep Kadam, assistant inspector Salim Khan and constables Bhabal, Chaure and Chole. While the officials are tightlipped about the development in the probe, they stated that the process of recording statement of the suspended policemen had begun.

“The investigation is underway and nothing can be shared at the moment,” said a crime branch officer.

The crime branch will soon submit a report on the findings in the custodial death of Singh.

Singh died inside the premises of Wadala TT police station where he was brought at around midnight, after a petrol pump’s staff informed the police of a squabble involving him and two other customers.

A friend, who had accompanied Singh to the police station, alleged that the policemen mocked him when the marketing representative expressed uneasiness and chest pain. They did not provide him with water when he asked for it, the friend alleged.

The family, meanwhile, stated that they would conduct final rites of Singh only after all police personnel in the case were arrested.

On Tuesday, violence erupted on the streets as angry mob pelted stones on vehicles and damaged them. The police had to baton-charge the mob after they failed to disperse despite several warnings.