As per D.B. Singh, estate manager of Pritam Hotel, a decade or more ago, there used to be close to 29 students in the school. 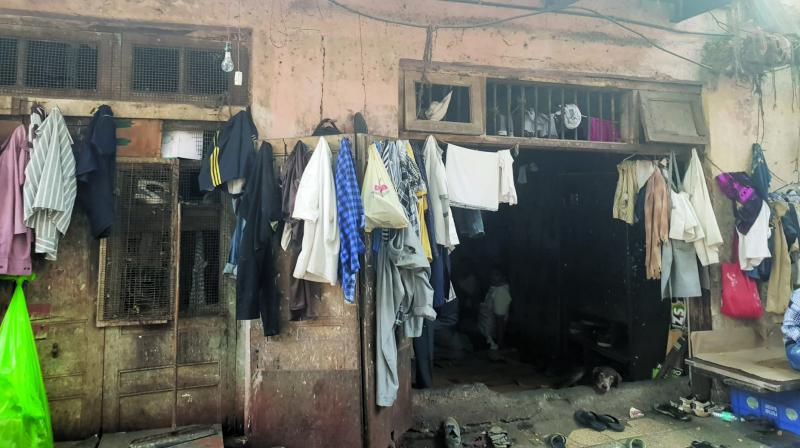 The room where staff of the Pritam hotel resides.

MUMBAI: The Brihanmumbai Municipal Corporation’s Urdu medium school at Dadar east has now become a place of accommodation for employees of Pritam hotel, located in the vicinity. Based on more information sought from the education department of the civic body, it is learned that the school has been dysfunctional for the past 10 to 15 years however the corporation is still paying rent for the structure while the hotel staff continues to stay there.

The structure originally had eight classrooms, which used to be a full-fledged Marathi medium school that was later converted into an Urdu medium school by the department. When The Asian Age visited the spot on Tuesday, most of the rooms of the school were shut except three rooms. In these rooms, the staff of the hotel had been staying since two to three years.

“Students started dropping out and finally there was no one left which is why the school was shut. Moreover, the building is in a bad shape making it a dangerous structure,” Mr Singh told this newspaper.

According to Surendra Kumar Singh, BMC   education committee member (Congress), the corporation has been paying rent for the property and yet, it was “encroached” by the hotel representatives.

“This is a clear case of encroachment by the hotel as even if it is their land, the school is ours because we pay them rent being the tenants. This means, they don’t have any right to stay in the corporation’s school and encroach the entire vicinity with their supplies,” said Mr Surendra Singh.