The proposal was moved before the cabinet in 2017. 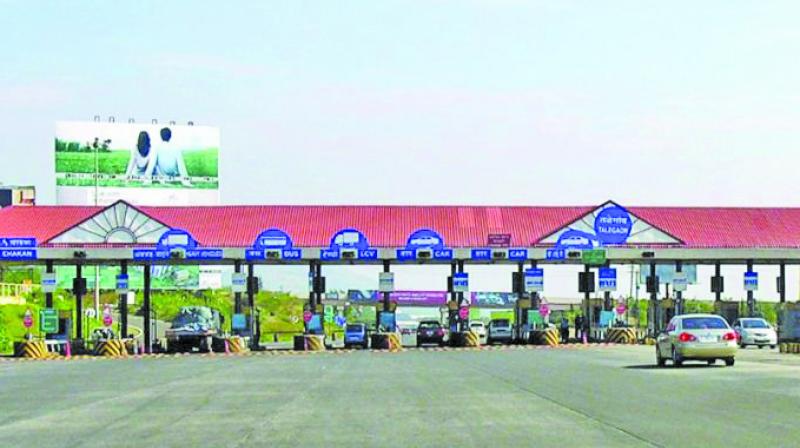 Extension has been given on the ground to recover cost.

Mumbai: The state government has extended the deadline for toll collection on Mumbai-Pune Expressway till April 30, 2045 from the existing April 30, 2030. The extension has been given on the ground to recover the cost of Rs 6,700 to be incurred on construction of the missing ‘missing link’ (extra lane).

Long pending Khopoli-Khandala Missing link project received the nod from the chief minister Devendra Fadnavis led infrastructure sub committee of the cabinet. The proposal was moved before the cabinet in 2017. Earlier, the project cost of Rs 3,215 crore was revised to Rs 4,797.57 crore and as per June 13, 2017 proposal it had reached up to Rs 6,695.37 crore, said MSRDC (Maharashtra State Road Transport Development Corporation) officer.

Legal battle over toll recovery on Mumbai-Pune Expressway is going on in the Bombay high court since last two years. It was contention that, though the project cost with interest and the toll contractor company recovered the profit, government allowed the company to recover the toll for further period. An account of traffic on the road or the number of vehicles passing through the expressway was not maintained properly and in a transparent manner, so toll recovery is going on after recovering the dues. But many works on the road and maintenance work toll will continue till 2030, said PWD officer.

Now due to missing link project, toll recovery will further be carried on till April 30, 2045 from May 1, 2030. The project cost was increased almost more than double due to delay. So toll will be collected for it for 15 years as revised estimate of Rs 6,700 crore will further increase as it was as per last year calculations, said sources.